Bernie Ecclestone believes Lewis Hamilton will retire from Formula One due to the disappointment of losing the world title in a dramatic season finale at the Abu Dhabi Grand Prix.

Hamilton was denied a record eighth world title in agonising fashion after Max Verstappen passed him on the last lap to collect his maiden F1 Championship.

The victory was a controversial one, though, after FIA race director Michael Masi came under fire for his interpretation of rules relating to lapped cars under safety car conditions in the closing stages.

The decision to allow the lapped cars that separated Hamilton and Verstappen to pass the safety car before it returned to the pits was a contentious one and Mercedes launched two appeals before electing to drop their case.

Former F1 chief executive Ecclestone does not believe Hamilton will return for the 2022 season, which starts in Bahrain in March.

"I don't think he is coming back, I think he will not race next year," Ecclestone told Blick.

"His disappointment in Abu Dhabi was too big and I understand him. Now, tied for seven titles with Michael Schumacher, it is the perfect time for him to fulfil his dream and be a fashion entrepreneur."

If Hamilton does return to the track to attempt to reclaim the world title, Ecclestone thinks the Briton may struggle to continue his recent domination of the sport.

"Lewis could only lose in 2022," said Ecclestone. "Who knows how the new cars will reposition the field? With George Russell he would have an ambitious team-mate, of whom I am not as convinced as many experts, by the way.

"And then we don't forget about Verstappen. With him, Hamilton has finally found an equal opponent after many years." 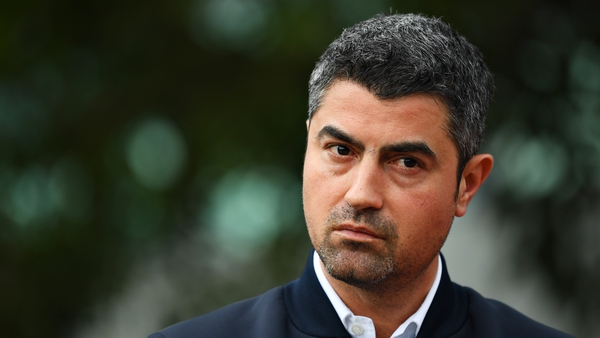