Williams driver Nicholas Latifi has spoken out about the online abuse he has suffered in the wake of Formula One's controversial season finale.

The Canadian has been subjected to abuse after his crash in Abu Dhabi sparked a controversial end to the title race.

He crashed into a wall with five laps left, bringing out the safety car while Lewis Hamilton was leading.

It allowed Max Verstappen to pit for fresher tyres and ultimately overtake Hamilton to win the title after FIA race director Michal Masi’s call to allow the five lapped cars between Hamilton and Verstappen to un-lap themselves.

He wrote: "A lot has been made of the situation that came about after my retirement in Abu Dhabi. I’ve received thousands of messages to my social media accounts – publicly and via DMs. Most have been supportive, but there’s been a lot of hate and abuse, too.

A message from me after the events of Abu Dhabi https://t.co/uYj7Ct6ANQ pic.twitter.com/eThFec8nAi

"Going back to the race weekend, as soon as the checkered flag dropped, I knew how things were likely to play out on social media. The fact that I felt it would be best if I deleted Instagram and Twitter on my phone for a few days says all we need to know about how cruel the online world can be.

"The ensuing hate, abuse, and threats on social media were not really a surprise to me as it’s just the stark reality of the world we live in right now.

"I’m no stranger to being talked about negatively online, I think every sports person who competes on the world stage knows they’re under extreme scrutiny and this comes with the territory sometimes." 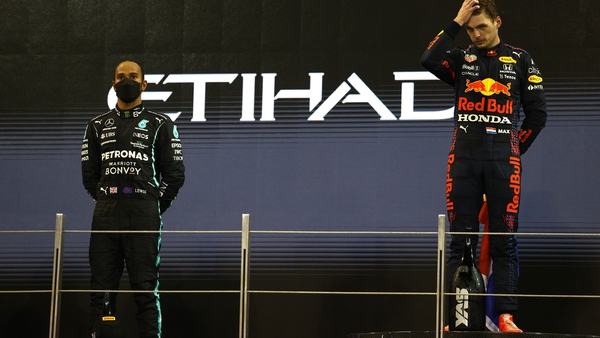