Hamilton took aim at his Mercedes team with a series of rants after he dropped from third to fifth following a late pit-stop during the rain-hit race.

The world champion, who now trails Max Verstappen by six points, vented his disdain at Mercedes' decision, angrily shouting: "F***, man. Why did we give up the place? We shouldn't have come in... I told you."

He then demanded his race engineer Peter Bonnington left him alone.

But in a social media post on Monday, Hamilton said: "Don't ever expect me to be all polite and calm on the radio when I'm racing.

"We are all very passionate, and in the heat of the moment that passion can come out, as it does for all the drivers.

"My heart and spirit are out there on the track. It's the fire in me that has got me this far.

"But any angst is quickly forgotten and we talked it through, and are already looking ahead to the next race.

"We took the risk to stay out, hoping it would dry, and it didn't. I wanted to risk it and try and go to the end, but it was my call to stay out and it didn't work. In the end we did pit and it was the safest thing to do."

Hamilton occupied third with eight laps to run, masterfully navigating his way from 11th without changing tyres on a damp track.

The seven-time world champion first resisted Mercedes' decision to bring him in on lap 42 of 58 before he was later overruled.

It appeared a cautious move from the Silver Arrows, given that the five-point swing between finishing third and fifth could prove pivotal in Hamilton's quest for a record-breaking eighth title.

Brundle, who took part in 158 grands prix, told Sky Sports: "It was a mistake on Lewis' part.

"All Mercedes had to do was mimic what Red Bull were doing and try to minimise the pain of him taking a new engine and a grid penalty to go with that.

"But Lewis put his team off-balance and it was a bit of a no-man's-land stop in the end, but they had to stop.

"You have to respect Lewis' seven world titles and his gut feeling out on track, but he has to respect the team have got copious amounts of information and are watching the race.

"And when they called him in (and he refused), he kind of put them out of their stride." 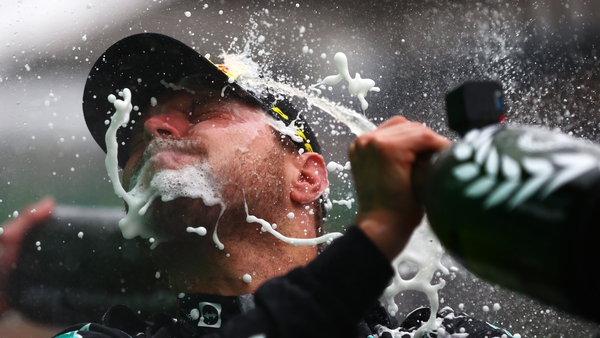