Lewis Hamilton wants his Formula One future resolved by Christmas.

The seven-time world champion, 35, is out of contract with Mercedes at the end of this month.

But after he finished third at the season-concluding round in Abu Dhabi on Sunday, Hamilton said discussions over an extension to his current €44 million-a-season deal with the sport's all-conquering team will now begin.

"As a team, we have more to do together – more to achieve both in and outside of the sport. I hope we can begin discussions this week and then hopefully get it tied up before Christmas."

"We always said we would do it after he won the title and then the virus delayed us for another 10 days, two weeks. Now we need to sit down and get it done." 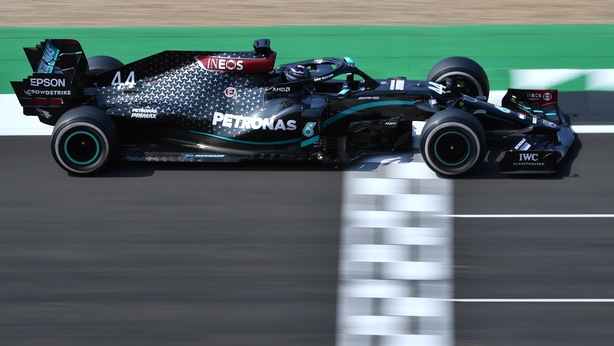 Hamilton secured his seventh world championship at last month’s Turkish Grand Prix before missing the penultimate round of the year in Bahrain with coronavirus.

Hamilton was bed-ridden in Bahrain isolation for a week as he fought the illness. He has lost a significant amount of weight, and said here that he is struggling with his lung capacity as a knock-on effect of contracting Covid-19.

The Englishman finished almost 18 seconds behind Red Bull’s Max Verstappen, who romped to victory from pole under the lights of the Yas Marina Circuit.

"That was a really hard race for me," said Hamilton. "Physically all year, I have been fine, but today I definitely wasn’t.

"I don’t think I have ever been so blown. I am just glad it is over. My body is not feeling great but I have to look on the bright side. I made it through, and I didn’t think at any period last week that I would be here.

"I am really just truly grateful for my health, to be alive, and looking forward to recovering over the period we are off, and then getting my body back to where I know it should be."

Hamilton will have 95 days before he opens his bid to become a record-breaking eight-time world champion at the curtain-raiser in Melbourne, scheduled for 21 March.