Lewis Hamilton has aimed a thinly-veiled slight at Sir Jackie Stewart after accusing Formula One's past legends of always speaking negatively about him.

Ahead of the Nurburgring race, Stewart, 81, said he could never regard Hamilton among F1’s greatest drivers. He also described Hamilton as having an unfair advantage over his rivals such is the dominance of his all-conquering Mercedes team.

"I get knocked by many people, particularly by older drivers," said Hamilton, 35. "They have a bee in their bonnet and I don’t know why.

"I have so much respect for the past legends, even though they do continue to speak negatively about me all the time.

"I still hold them in high regard because I know it was so difficult for them, but in 20 years’ time I can promise you that I will not be talking down any young driver that is coming through. There is a responsibility as an older driver to shine the light and encourage.

"There is always talk in sport about who is the greatest, past and present, but it is impossible to compare. It is not important to me.

"I have made lots of mistakes but that is life. Yes, you can be remembered for having the most wins and that is something special to have. But it is the obstacles I have faced. Everyone has a different journey and a different way of doing things and you should not be knocked for that." 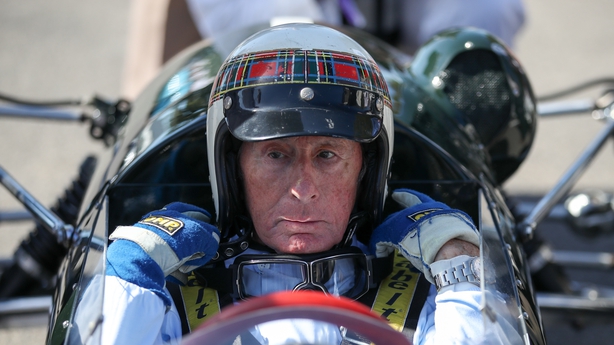 Hamilton, who will have the opportunity to move ahead of Schumacher in Portugal a week on Sunday, also paid tribute to his father, Anthony, in the wake of his landmark achievement.

Anthony worked multiple jobs to fund Lewis’ formative career but the father-son duo did not speak for a number of years after Lewis sacked him as his manager in 2010.

"I called my dad and (step-mother) Linda after the race, and spoke to them and there were definitely a lot of emotions," added Hamilton, his voice breaking.

"My dad and I have never been so close. It is remarkable and makes me so much happier that we talk a lot, which I never thought we would do.

"We were together last weekend, and we now have grown-up conversations about all sorts; politics, food, training, relationships. I never thought I would be in that place with him.

"Just calling him now, I said, 'jeez, do you remember when we had bacon sarnies watching the races? Or when we won the karting championship and we sang We Are The Champions driving home?’ We just reminisce a lot.

"It has been an emotional rollercoaster. He sent me a text the night before the race and said: ‘You know what to do. I know you are going to do it.’ That is how he has been from day one. Family is everything."