Ireland's Craig Breen will make his World Rally Championship return this in Finland, one of his favourite events on the WRC calendar.

It will mark his 10th time starting the event, but marks his first top level outing with Hyundai Motorsport who have drafted in the Waterford native for the specialised event.

"I have a lot of amazing memories from the start of my career and my first podium there (Finland) in 2016," he said.

"I'm really looking forward to it this year in the Hyundai i20 Coupe WRC."

With drivers allowed to choose their numbers in the WRC this season, Breen has elected to carry the number 42 on his car for the event, a nod to his early beginnings in karting.

"When I was eight years old, I started my motorsport career in karting. Back then, you had to register for a number at the beginning, and when registering for mine, I sent it away asking for a random number in return. It turns out that number was 42 and I instantly loved it. I carried it all the way through my karting career."

Craig and his co-driver Paul Nagle, himself a former winner of the event, got acquainted with the Hyundai i20 Coupe WRC on the recent Rally Estonia WRC promotional event where they claimed a comfortable fifth overall.

With more testing miles clocked up since that event, the pair will be aiming to hit the ground running in Finland and take advantage of road position as the loose gravel is swept away by the cars ahead on the opening two days, where the field will run in championship order.

Rally Finland is made up of 23 competitive stages over a distance of 307.58km, with action beginning on Thursday with the 2.31km Harju sprint in central Jyväskylä. 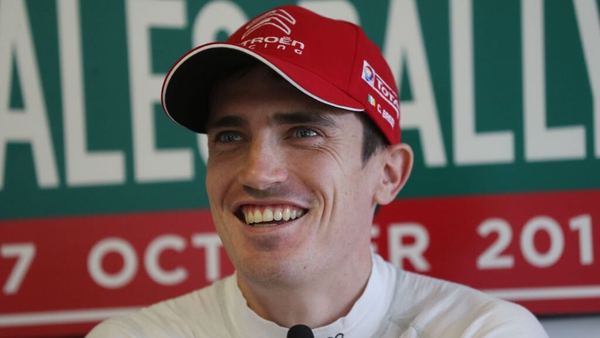