Mercedes' Valtteri Bottas pounced past Lewis Hamilton into the first corner as the Finn cantered to the chequered flag to win the Australian Grand Prix.

Bottas completed a one-two lockout of the front row for the Silver Arrows in qualifying at Melbourne's Albert Park with Hamilton going 0.112 seconds quicker for his 84th career pole.

But it was Bottas who led into the first corner with an excellent start guiding him into first position past his team-mate, eventually finishing more than 20 seconds clear.

"How about that?!" he said on the radio after taking the victory.

"The car was so good today, it was truly enjoyable. It was definitely my best race ever. I can't wait for the next race."

Hamilton said: "It's a good weekend for the team so I have to be happy for everyone. Valtteri drove an incredible race today and truly deserved the win today."

The Briton pitted early - lap 10 - as Bottas put the hammer down with a string of fastest laps on tyres that had carried him nearly 20 times around the 3.295-mile circuit.

Only Red Bull's Max Verstappen made his soft tyres last longer than the Finn as he pitted on lap 27 as the Mercedes returned to the lead.

From the halfway point, there was only ever likely to be one winner as Bottas opened up a 20-second lead over Hamilton.

The five-time world champion appeared to labour on his medium compounds, telling his team he was struggling for rear grip as Verstappen made his case for the second step on the podium.

But the Dutchman ran into the grass on turn one as he closed in on Hamilton, losing ground to the reigning champion and finishing third.

By this point, Hamilton and Verstappen had put some distance between themselves and Ferrari rivals Sebastian Vettel and Charles Leclerc, who wound up off the pace.

Vettel summed up the mood of his race, asking engineers "Why are we so slow?" as he fell to more than half a minute behind Bottas.

The Finn took his fourth career win and the extra point for the race's fastest lap which has been reintroduced this season. 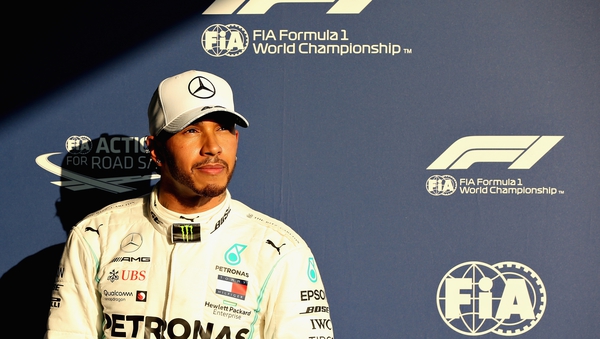