Formula One bosses say they are committed to investigating the circumstances around the imprisonment of Najah Yusuf, who is serving a three-year sentence for protesting against the Bahrain Grand Prix.

Yusuf was sentenced after establishing several social media pages which denounced the political and social systems in Bahrain.

During her trial in June 2018, Facebook posts from Yusuf criticising the 2017 Bahrain Grand Prix were featured prominently, although the Bahrain government has denied her comments about the race led to her conviction.

It has been claimed by human rights groups that Yusuf faced process violations throughout her trial, including sexual assault at the hands of authorities during her interrogation and the use of a coerced confession in her conviction.

On Wednesday, Liberal Democrat peer Lord Scriven met with Sacha Woodward-Hill, general counsel for Formula One, to discuss the case.

Lord Scriven, one of former deputy prime minister Nick Clegg's closest allies, called into question assurances received by Formula One from the Bahraini authorities regarding the case and urged for more investigations, including speaking to those directly involved.

In a statement released on Wednesday, Lord Scriven said Woodward-Hill had reaffirmed Formula One remains concerned for Yousef's situation and insists further steps will be taken by the governing body to investigate the circumstances of her imprisonment.

"I am relieved that Sacha and Formula One have expressed genuine concern and have an open mind to investigate further the particular circumstances which have led to Najah's imprisonment and the violations of her human rights since her arrest," he said.

"I look forward to a future meeting with F1 and an understanding that, in this particular case, their race has been used as an excuse to infringe on the human rights of an individual who had the bravery to speak up against the suppression of freedom of expression in Bahrain."

Earlier this month, F1 had stated its reliance on assurances from the Bahrain government that Yousef's conviction had "nothing to do with peaceful protest around the Bahrain Grand Prix" and that anyone who criticised the race "is free to do so".

BIRD director of advocacy Sayed Ahmed Al Wadaei said: "Najah continues to suffer in detention and those promises must be translated into action.

"The ongoing violations against Najah, who has been held incommunicado for the last two weeks and refused family visitation for the last six months, demand prompt and robust action on the part of F1.

"Anything less than a call for Najah's immediate and unconditional release will be a stain on the reputation of F1 and the Bahrain Grand Prix. It is time to act."

Lord Scriven and F1 bosses intend to meet again once further investigations have been conducted, and will also discuss other alleged human rights violations related to the Bahrain Grand Prix. 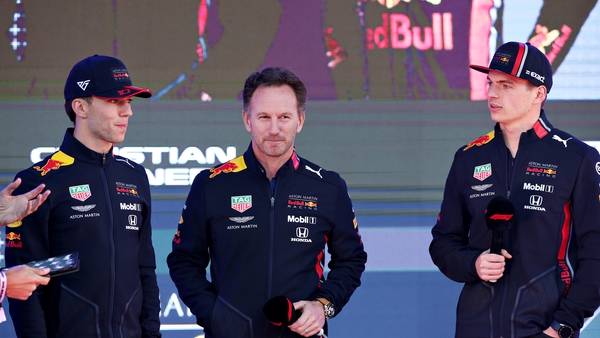