Craig Breen says he cannot wait to compete at the Monte Carlo Rally for Citroën and is ready to deliver results for the French manufacturer.

Citroën will make a full-time return to the World Rally Championship after taking part in selected rounds in 2016.

Dungannon’s Kris Meeke, who won in Finland and Portugal last year, will drive the Citroën C3, while Waterford’s Breen and French driver Stéphane Lefebvre will share second car duties on the DS3, last year's car. A third car will be run later in the season.

The 26-year-old, who won his class in Monte Carlo on his way to winning a Junior World title in 2012, says he cannot wait to take part in the world’s oldest rally, which is the season opener on 20 January.

“I’m looking forward to Monte. It’s a unique event. To be in and among the best in the world is something I’m incredibly proud of,” he told RTÉ.

Breen has signed a two-year-deal after catching the eye last year, particularly the third-place finish in Finland behind Meeke, and is delighted to have the opportunity to have the chance to compete on the biggest stage.

“I’ve got my chance now, I’ve got a big brand behind me that are wanting good results and I’m ready to deliver.”

Citroen's Craig Breen looking forward to competing at Monte Carlo in a world rally car for the first time pic.twitter.com/ba9V3iqsvM 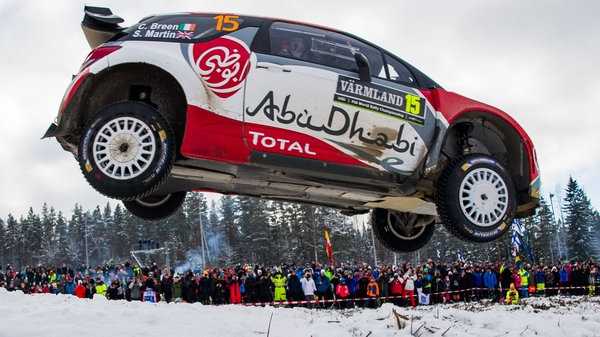