Dungannon man Kris Meeke and his Killarney co-driver Paul Nagle led the way at the end of the first leg of Rally Finland, round eight of the World Rally Championship - 20.1 seconds ahead of Jari Matti Latvala.

Driving a Citroen DS3 Meeke left Finnish driver Latvala in his wake after the home favourite ended the day-long battle in second place, ahead of reigning world champion Sebastian Ogier in third.

Waterford's Craig Breen lies in third place overnight after a day of impressive speed and driving for his Total World Rally Team.

"Now we really have to do a job," Meeke told wrc.com. "We have to manage our position and that's the difficult part of the job.

"We did it when we won in Portugal earlier this year and in Argentina last year and we'll use that experience on this one."

Having made a flying start with the fastest time in last night's curtain-raising speed test, Lappi won nine of the 11 stages to return to hold an advantage of 42.5 seconds over fellow-Finn Teemu Suninen.

Victory would put Skoda Fabia R5 driver Lappi back into World Rally Championship title contention after a difficult start to the season.

"Days don't get much better than this," Lappi told www.wrc,com. "The car worked well and this is the only place in the world where you receive so much support from the fans in the forests.

"It was an amazing atmosphere. We had a slice of luck with a puncture which didn't cause any further damage."

Fabia driver Suninen was involved in a battle for second with Elfyn Evans but the steering broke on Evans' Ford to cost him nearly two minutes and plunge him to sixth.

Pontus Tidemand was third and Karl Kruuda was fourth in his Fiesta R5, ahead of Henning Solberg. 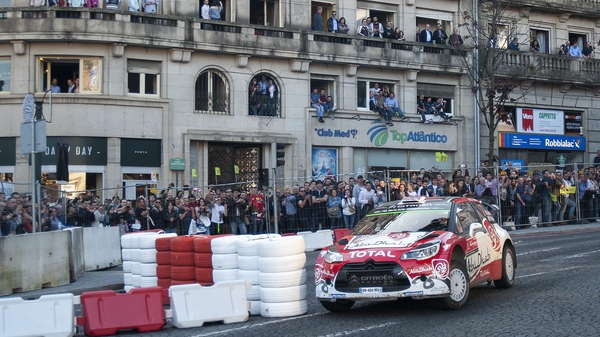 Meeke holds lead ahead of final day in Portugal