Red Bull's Daniel Ricciardo will keep his third place on the Hungarian Formula One Grand Prix grid after a rules debate threatened to drop him and other drivers on Saturday.

Regulations state any driver who sets a time slower than 107 percent of the fastest lap in the opening part of qualifying cannot take part in the race except under certain conditions, such as setting a competitive time during other sessions.

A driver allowed to race under such conditions will start at the back of the grid and if more than one driver falls short of the required lap time, the order is decided by their placings in Saturday morning's final practice session.

In treacherous conditions on the track, Australian Ricciardo, fourth-placed team mate Max Verstappen and nine other drivers were unable to complete a lap within 107 percent of Nico Rosberg's benchmark in the opening part of qualifying.

But stewards allowed them to keep their positions due to the exceptional circumstances, leaving the grid unchanged.

Ricciardo, winner here in 2014, is aiming to repeat that feat on Sunday on a track that offers Red Bull one of their best opportunities of the season to add a second victory to Verstappen's Spanish Grand Prix triumph.

The stewards' verdict ensures he retains his shot of taking the fight to the two Mercedes cars.

"We've more or less fought for it the last two years and I think we're even closer this year than we have been in the past in terms of pure pace. We'll be there and obviously we start close enough to the front to make a fight of it." 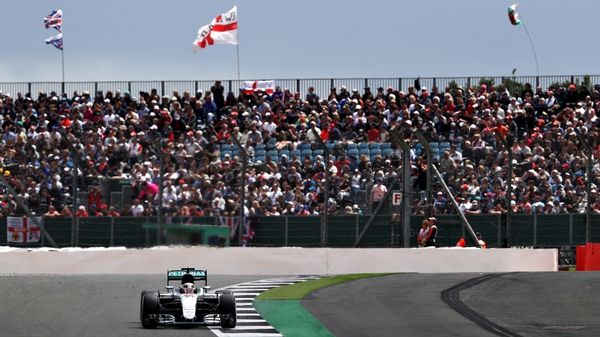