Kimi Raikkonen has been retained by Ferrari for the 2017 season.

The 36-year-old Finnish driver will team up with Sebastian Vettel for a third straight year after the Italian team decided against changing their line-up.

The announcement was made by Ferrari on the eve of the British Grand Prix and ends speculation surrounding Raikkonen's future in the sport beyond this season.

A host of drivers have been linked to Raikkonen's seat - notably Red Bull's Daniel Ricciardo - but Ferrari have kept faith with the 2007 world champion.

Ricciardo last week committed his future to Red Bull until 2018 while Carlos Sainz, also mooted as a possible replacement for Raikkonen, was recently retained by Red Bull's junior team Toro Rosso for a further year.

Sergio Perez, the Mexican who has impressed for Force India this season, was also said to be in the running, but a short statement released by the Italian constructor on Friday confirmed Raikkonen's position.

"Scuderia Ferrari announces that it has renewed its technical and racing agreement with Kimi Raikkonen," the statement read.

"The driver line-up for the 2017 racing season will still consist of the Finnish driver and Sebastian Vettel." 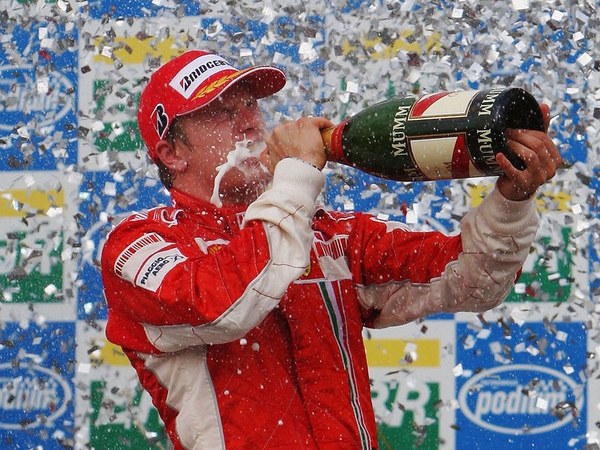 Raikkonen unlikely to return to F1