Northern Ireland's Kris Meeke became the fourth different winner in five World Rally Championship rounds this season by wrapping up a comfortable victory in the Rally of Portugal.

The 36-year-old held an advantage of more than 43 seconds going into the final day and he made sure of a winning return to action, having missed the previous two rallies in the Americas. 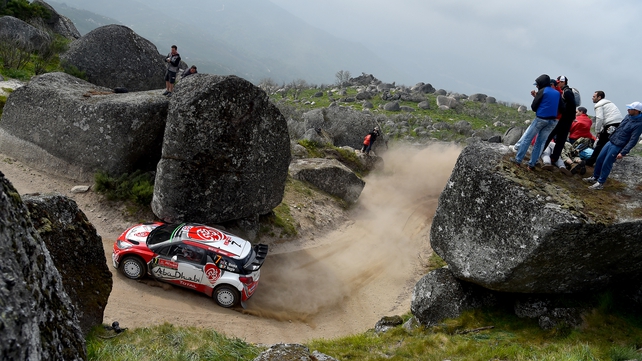 Meeke, who is driving a part-programme as Citroen develops a new car for 2017, told www.wrc.com: "It was nearly a perfect weekend, a textbook performance.

"It's another step for me as a driver. This year is all about gathering experience and I couldn't have done any more. We'll use these rallies this year for our benefit and try to mount a title challenge next year."

The next round of the championship takes place in Sardinia from 9-12 June.