Defending champion Lewis Hamilton fears Formula One's stewards are turning against him after branding his latest reprimand as "bloody ridiculous".

Hamilton, who lost further ground to Nico Rosberg in the battle for this season's championship following Sunday's Russian Grand Prix, will be hit with a 10-place grid penalty should he court the attention of the stewards on just one more occasion at the remaining 17 races.

Hamilton was handed his first reprimand in Bahrain after he reversed in the pit lane following his record-breaking lap in qualifying. On Saturday, he faced the wrath of the stewards once more after he ran wide at turn two and failed to negotiate a polystyrene block when he rejoined the track.

"I'm just aware that there's most likely going to be one 10-place grid penalty because I've got one more reprimand to go," said Hamilton.

"The last (reprimand) was bloody ridiculous."

Hamilton, now 43 points behind Rosberg, added: "It's quite funny. When I was in karting there was one steward who was just there to make everyone's weekend a bad weekend. I'm starting to have reminiscent experiences.

"Families would turn up and spend so much money to be there and there was this one guy who was a complete a*******. He was just there to ruin people's weekend and I have started to see signs of him."

While Rosberg has cantered to four straight victories, Hamilton's campaign has been blighted by a number of mechanical issues. On Sunday, a water leak from Hamilton's engine, already replaced after it expired in qualifying, curtailed his advances from 10th to second.

At one stage he was less than eight seconds shy of Rosberg, but was forced to cool his charge in an attempt to nurse his stricken Mercedes home.

Hamilton crossed the line behind the German but his Mercedes boss Toto Wolff was forced to deny accusations, largely on social media, of sabotage to the world champion's car.

Hamilton also knocked back the spurious claims, but urged his team to brief him with a report on the findings of his latest car failure after they failed to do so following his engine problem in China.

Reflecting on the conspiracy theories, Hamilton said: "Firstly, the people who are saying that are feeling the same pain I'm feeling. We're in this together. They're feeling the same hurt and emotions you go through because we're connected in that way and it's a beautiful thing.

"I just want to assure them that my guys are doing a fantastic job and it's not their fault. There is no reason that we can't win, it's just that we have these bugs coming along. Actually I don't know whether it's human error or mechanical error but that is what they are trying to rectify."

Hamilton, who last tasted victory at October's United States Grand Prix - the scene of his third championship triumph - added: "There are things we're trying to understand and I want to be informed of the process. For example after the last race I didn't get an email of the report.

"I arrived here and they said 'we should have emailed you'. So, next week I'll get all the information sent to me, and if it's not sent to me I'll make sure I get it.

"I want to be a a part of the process and there's a lot of input that I can have and help with." 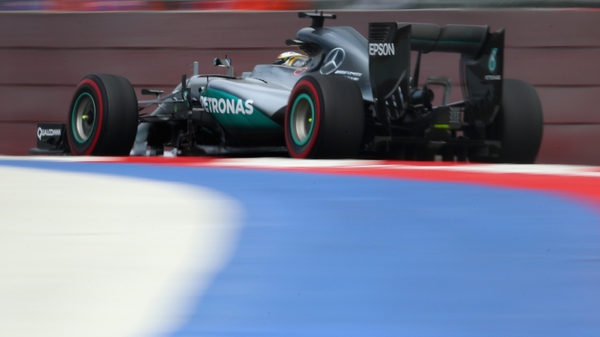