World champion Lewis Hamilton has been investigated by police after appearing to take a selfie while riding a motorbike in New Zealand.

The 31-year-old Briton, who visited Auckland ahead of this week's season-opening Australian Grand Prix, posted the videos to his Snapchat account.

One video appeared to show Hamilton, driving a Harley-Davidson, entering the motorway, while another shows him riding the bike. It has been illegal to use a mobile phone while driving a vehicle in New Zealand since 2009.

The incident was investigated by local police, but they chose not to take any further action against the three-time world champion after citing a lack of "sufficient evidence".

"Auckland City Police will be taking no further action in relation to recent media publicity about Lewis Hamilton and his motorcycle journey in Auckland," a police spokesperson said.

"The video footage available does not provide us with sufficient enough evidence that an offence has occurred.

"We would like to reiterate our earlier statements that Police take the issue of mobile phone use whilst driving or riding very seriously, it is a significant distraction and a major risk to all road users."

Hamilton's run-in with the police comes just days before the start of the new Formula One season in which he is bidding to become the first British driver to win four championships.

But it has not been the ideal preparations for the Briton, who earlier this week took aim at a casino in New Zealand after he said they treated him like "dirt". The claim, made on his Twitter account, has subsequently been deleted.

This is also not the first time Hamilton has courted the attentions of the police in this part of the world. Hamilton was fined nearly #300 after performing an illegal "burnout" ahead of the 2010 Australian Grand Prix. Meanwhile, Hamilton was fined, and had his driving licence suspended for a month in France for speeding on a motorway.

In November, the Englishman crashed his #1.5million Zonda supercar in his hometown of Monaco. He later blamed the prang on "heavy partying and not much rest" after winning his third world title at the United States Grand Prix in October.

Hamilton is due to face the media on Thursday ahead of the first race of the new season. 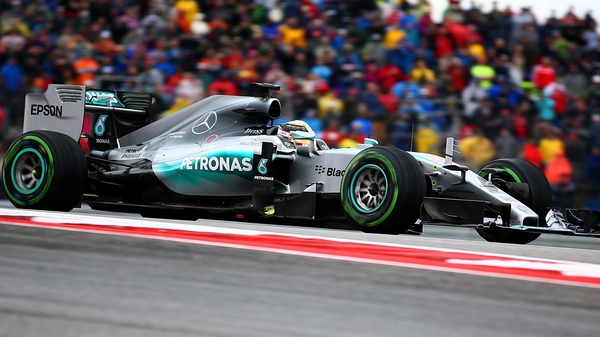