His two main challengers had retired on Saturday - Northern Ireland’s Kris Meeke damaging the gearbox on his Citroen DS3 while Finland's Jari-Matti Latvala slid into a ditch and broke his Volkswagen's suspension.

Ogier had started Sunday's final leg of rallying's most famous race through the snow and ice of the French Alps with a lead of nearly two minutes and he maintained that comfortably through the final three stages.

Latvala was also handed a suspended ban and €5,000 fine after knocking over a spectator at low speed as he skidded off and then continuing briefly before retiring.

"I didn't see anything due to the smoke coming out of the engine and the mud on the windscreen after we came out of the ditch," the Finn said later.

The victory was Ogier's fourth in total in Monte Carlo, the Frenchman having also triumphed in 2009 when it featured as a round of the Intercontinental Rally Challenge rather than the World Rally Chmapionship.

"It's fantastic," the Frenchman told wrc.com. "This rally is the most important of the season for me. It's so emotional to be able to do it here in Monte Carlo.

"I'm very happy. I have to thank my team and especially my gravel crew - they've done a great job. The car was perfect. I'm so happy to take this win for Volkswagen." 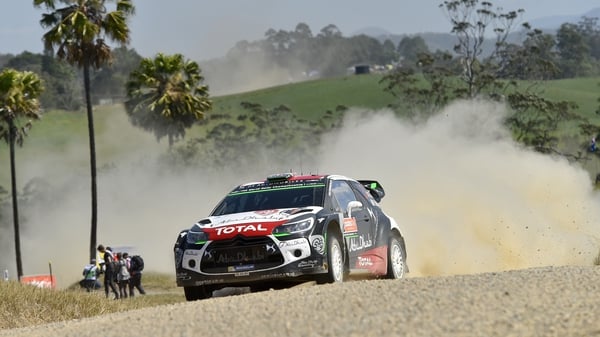