Formula One chief executive Bernie Ecclestone has claimed a female driver "would not be taken seriously" in the sport.

Ecclestone, who last year called for a women's only series to run in tandem with the main grand prix schedule, also suggested the sport may never see a female racer again.

It is now almost 40 years since Italian Lella Lombardi became the last women to start a Formula One race at the 1976 Austrian Grand Prix.

But in an interview on Canadian network TSN, when asked if he anticipated the return of a female driver to the grid, Ecclestone said: "I doubt it.

"If there was somebody that was capable they wouldn't be taken seriously anyway, so they would never have a car that is capable of competing.

"There was a girl that was driving in GP3 for a whole season so it is not something that hasn't happened."

The reporter then asked: "But it is not going to happen in the main event?" Ecclestone, 85, replied: "No. I don't think so."

British driver Susie Wolff became the first women to compete at a Formula One race weekend in more than two decades when she took part in practice for Williams at the 2014 British Grand Prix.

But the 33-year-old, who is married to Mercedes' Formula One boss Toto Wolff, retired from motor racing last year after claiming her dream of reaching the starting grid was "unachievable".

On Thursday, the Scot officially launched the "Dare to be Different" initiative - a scheme which is aimed at increasing the number of women involved in motorsport.

Alice Powell, the 22-year-old Briton who became the first female winner of the Formula Renault series in 2010 and has subsequently competed in GP3, is an ambassador for the initiative.

She told Press Association Sport: "Someone needs to prove Bernie wrong. It would be a shame if a team would turn down a female to race in F1 because they would not be taken seriously.

"That is one of the issues though - that people don't take the chance - as they think it will be a joke. We're not a joke and it is just another factor which makes it harder for females to race at the highest level."

Spanish driver Carmen Jorda was employed as a development driver for Lotus last year - but is yet to compete for the team - while the highly-rated Simona de Silvestro tested for Sauber in 2014 before running out of funds. She now competes in the FIA-approved electric series Formula E. 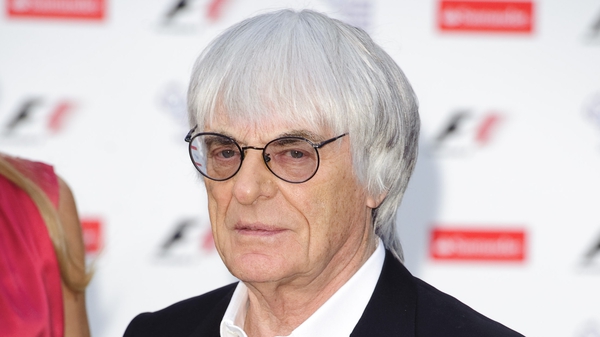