Lotus have won another two-week breathing space in insolvency proceedings brought against the Formula One team by the taxman.

Mr Justice Birss granted the adjournment until December 21 after hearing that a share purchase agreement was due to be completed on December 16, with the £1.4million due to HM Revenue & Customs paid off shortly afterwards.

Other creditors, owed in excess of £2million, would be paid by December 31, counsel Jeremy Bamford told London's High Court on Monday.

HMRC had applied to put the Oxfordshire-based F1 team into administration over unpaid bills relating to PAYE (income tax and National Insurance).

The judge approved Lotus' application for the adjournment, which was backed by Renault Sport and not resisted, because the proposed deal was the result most likely to be of benefit to the creditors and the best chance of rescuing the business as a going concern.

In September, Renault announced its intention to take over the cash-strapped Lotus team.

A statement read: "Renault Group and Gravity Motorsports Sarl, an affiliate of Genii Capital SA, are pleased to announce the signature of a letter of intent regarding the potential acquisition by Renault of a controlling stake in Lotus F1 Team Ltd.

"The signature of this letter of intent marks Renault's first step towards the project of a Renault Formula 1 team from the 2016 racing season, thereby extending 38 years of commitment of the brand to world's premier motorsport championship series."

The French car manufacturer added: "Renault Group and Gravity will work together in the coming weeks to eventually turn this initial undertaking into a definitive transaction, provided all terms and conditions are met between them and other interested parties."

Venezuelan Maldonado, who brings substantial sponsorship from state oil company PDVSA, and Britain's Palmer were both signed before Renault last week publicly confirmed their plan to return as a constructor.

"The contracts have been agreed with Renault," Carter told Reuters after attending the High Court hearing involving Lotus and the British tax authorities.

"No decision has been made on a third driver, so whether or not they have someone French maybe lined up for that role I don't know," he added. 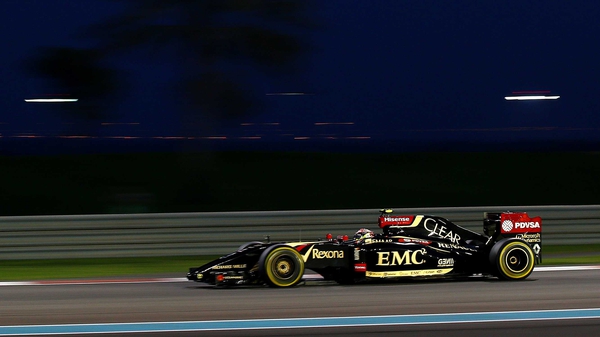