Sebastien Ogier remains on course for his eighth World Rally Championship victory of the season as he regained the lead at the season-ending Wales Rally GB after ending day two yesterday with a 10.5-second advantage.

The Frenchman increased his lead over Britain's Kris Meeke's DS 3 to 35.7 seconds in treacherous conditions while Norwegian Andreas Mikkelsen lies in his third place 1min 4secs behind.

Ogier steadily stretched his advantage on Saturday morning, but briefly lost the lead after stopping behind Thierry Neuville's crashed Hyundai i20 which was blocking the road in the first pass through the muddy Dyfnant test.

Officials viewed his onboard video footage before crediting him with the time for which he was stationary and the Frenchman was back at the top.

After Friday night's tragic events in Paris, Ogier spoke of the mental barriers he faced prior to the morning sessions.

He told WRC.com: "Conditions were very tough. There was a lot of water but the stages weren't as bad as we expected.

"There was so much water that it washed away the mud and the grip was actually good." 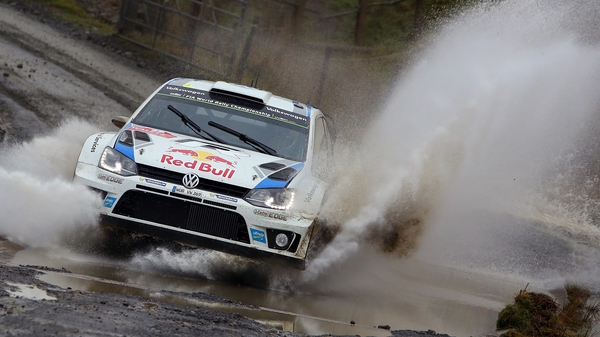