A Singapore district court sentenced a 27-year-old man to six weeks in jail on Tuesday for breaching security fences and entering the circuit during this year's Formula One grand prix in September.

British national Yogvitam Pravin Dhokia was arrested and charged with committing a rash act as to endanger the personal safety of the drivers after television pictures showed the intruder strolling along the track as cars sped past.

"The accused's act was not only rash but was both selfish and foolhardy," District Judge Chay Yuen Fatt said in a brief statement on the decision, adding that Dhokia had admitted he had wanted to film the race from the track.

"Any dangerous intrusion onto the race track can and could have resulted in disastrous and fatal consequences."

Dhokia's lawyer Shashi Nathan told the court that his client's actions were "a childish endeavour" and he did not intend to disrupt the race or spoil the spectacle, according to the Singapore-based Channel NewsAsia news channel.

Singapore Grand Prix organisers are considering tighter security for next year's race, with higher fences and more marshals, after this year's incident.

The race was won by Ferrari's Sebastian Vettel, who was one of several drivers to speed past Dhokia and alerted his engineers of the intruder over his team radio. 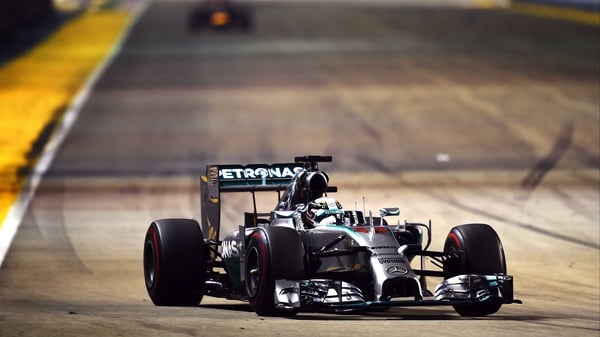