The German was on course to postpone Lewis Hamilton's title party before he made the mistake with just seven laps of the topsy-turvy race in Austin remaining.

While in the lead, Rosberg slid off the track which handed the victory, and the title to his team-mate with three races still to go.

"It was a gust of wind - a big one - but everybody has it so you can't really use it is an excuse," Rosberg said, explaining the incident.

"It was going extremely well up until that point. I was feeling comfortable and quick in the circumstances.

"The safety car came out and that brought my 10-second lead back to zero and that was tough at the time.

"After that I think I drove a great race except for one big mistake which cost me the win and that sucks. In the end unfortunately the mistake was a decisive one. But I understand the mistake now and that helps me a lot moving forward."

Rosberg started from pole position at Circuit of the Americas but was fourth by the end of lap one after he banged wheels with Hamilton at the opening turn.

After the race, Rosberg took aim at his team-mate, describing his driving as "extremely aggressive" and of going "too far".

Here in Mexico, Rosberg refused to elaborate on the slight coming-together but revealed he is yet to speak to Hamilton or his Mercedes team about the first-corner clash.

In claiming his third title Hamilton has now beaten Rosberg in each of their three seasons together at Mercedes and in Austin the Briton teased his rival by saying: "It is the worst thing being my team-mate."

Rosberg, with a smile, said: "That comment makes it even better for me because I will get even more pleasure from beating him next time." 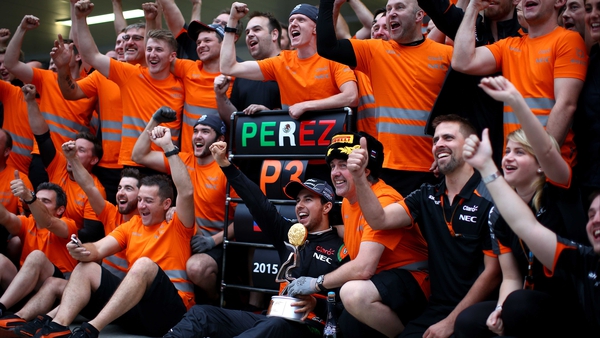