New champion Jonathan Rea clinched a fifth World Superbikes double of the year in Sunday's round at Magny-Cours.

The Kawasaki Racing Team rider from Northern Ireland secured the title in the previous round at Jerez and continued his superb form in France, where race one was over a reduced distance of 19 laps.

Rea won the opener by 4.7 seconds from English team-mate Tom Sykes with Sylvain Guintoli in third for Pata Honda.

The 28-year-old came in ahead of Chaz Davies and Sykes in race two to extend his championship lead to 138 points.

The battle for second place continues to remain close with Davies 16 points clear of third-placed Sykes.

Rea's 22 podium finishes equals the record set by Troy Bayliss in 2002 and he can set a new best in the final round in Qatar. 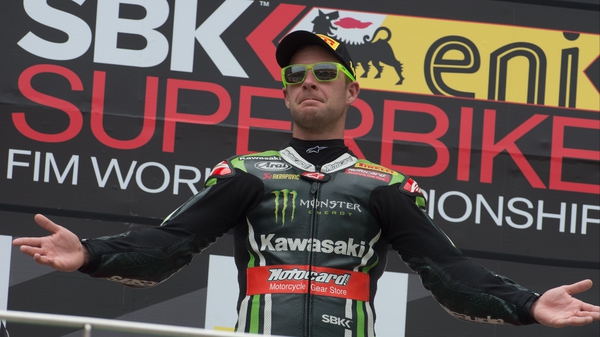