Jari-Matti Latvala overcame a gearbox problem to edge to the front after two days of the Tour de Corse leg of the World Rally Championship in France.

The Finn was forced to switch to a manual system in his Volkswagen Polo R during the final speed test.

And though this did cause him to lose time, he did enough to finish two seconds ahead of Elfyn Evans with Sunday's final three stages on the island of Corsica to come.

“I had a problem with the gearbox shifting down and lost my rhythm,” said Latvala.

“It was difficult under braking because I couldn’t trust the gears. I had to use the manual shift but we got through and now we need to change the gearbox.”

The best placed Irish driver is Craig Breen in 19th position, which leaves him sixth in the WR2 standings.

Friday’s downpours, which caused stages to be cancelled, were replaced by sunshine.

This left exposed mountain roads dry while those in the shade were slick and difficult to navigate.

Andreas Mikkelsen moved up from seventh to third in a Polo R. Kevin Abbring was second after day one and dropped back to  fifth in his Hyundai i20, with his gamble on a move to hard tyres not paying off

World Champion Sébastien Ogier was forced to retire on Friday night, also with gearbox problems, and he restarted in 55th place and won the final stage en route to 24th. 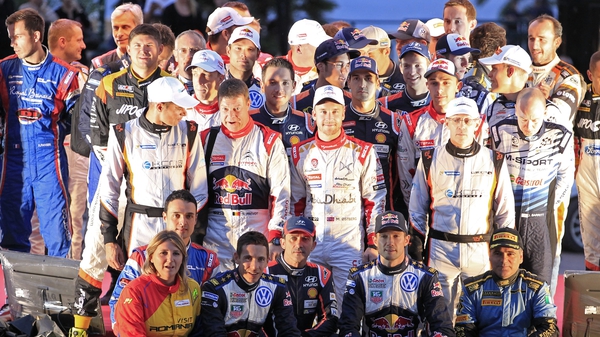