"It is an amazing feeling," Ogier said after notching his seventh victory of the season.

"We made no big mistakes this weekend and this rally win is very significant.

“On paper it was impossible to win, but I was determined and so it is so special to get this victory.

"It is a beautiful result and it is the perfect way to secure the title."

Latvala, who could not match Ogier's pace on the final day, said: "I'm happy to have been so consistent and to have made no mistakes.

"Maybe on Friday and Saturday morning I was missing a little spark to fight for the victory. It wasn't enough. Seb has done an amazing job. He has been better than me."

Teaming up with his longtime co-driver Julien Ingrassia, Ogier won the final seven stages in Australia, including all five held on Sunday, to win the three-day rally.

The French man has now secured the championship with three rallies still to go.

This was the 31st win of his career, moving him above Marcus Gronholm into outright second place overall for the most career wins.

Ogier currently has 235 points this season, 101 more than second-placed Latvala, who has won twice this year. Together, they secured the manufacturer's title for Volkswagen for the third year in a row.

The next rally is in Ogier's homeland of France from October 1-4. 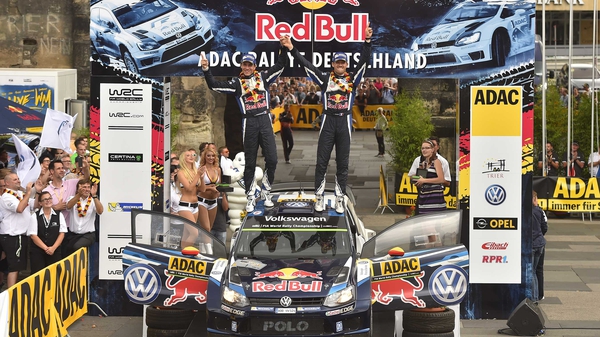