Formula One world champion Lewis Hamilton saw off a strong Ferrari challenge at the Italian team's home Grand Prix to seal his seventh pole position in-a-row and 11th in 12 races on Saturday.

The Mercedes driver, whose team mate and title rival Nico Rosberg will start fourth after engine problems forced him to revert to using one without the latest updates, now has 49 career poles.

The pole, in bright sunshine, was the Briton's fourth at Monza and 23rd in succession for Mercedes, one short of the record set by the Williams team in 1992-93.

"These guys did a great job, they are very close," said Hamilton, who leads Rosberg by 28 points in the championship, of his Ferrari rivals after taking pole with a lap of one minute 23.397 seconds - two tenths faster than Raikkonen.

"My Spa lap was better," he added, referring to his Belgian pole of two weeks earlier.

Vettel, who could become the first driver since Stirling Moss in the 1950s to win at Monza with three different teams, hoped Ferrari would have a chance on Sunday but made clear Hamilton was the overwhelming favourite.

"I think it's a fantastic result, second and third and very close to Lewis," said the German, racing for the first time in Italy in Ferrari red.

"Sorry Lewis, but I wouldn't mind if you are not on the podium," he grinned. "You can be, but if we are both ahead of you that would obviously be a dream come true.

"I think dreaming is allowed but you have to be realistic. It's going to be a tough race tomorrow and these guys (Mercedes) have some serious pace." 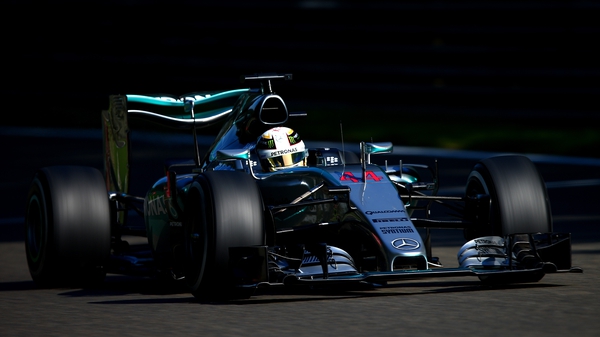