"The one guy who did most for me isn't here to see this," Meeke said on the WRC website.

"This is for Colin [McRae, late Scottish world champion].

"He helped my career out at the very beginning. He supported me financially through to the world championship. Without his support I wouldn't be here."

Meeke dominated throughout the four days in Argentina, finding form after crashing out of the opening three rounds of the season.

Ostberg had to battle illness and engine problems to take second place, giving Citroen a first one-two finish in three years, while Welshman Elfyn Evans had to cling on for third, battling suspension problems on his Ford Fiesta RS over the final stage.

He finished three minutes, 27.4 seconds down on Meeke after giving up a full minute on the final stage, but did enough to stay ahead of Czech driver Martin Prokop.

Ostberg's second consecutive second place sees him go up to second in the championship standings behind Sebastian Ogier, who could only manage 17th in his Volkswagen after fuel injection problems. 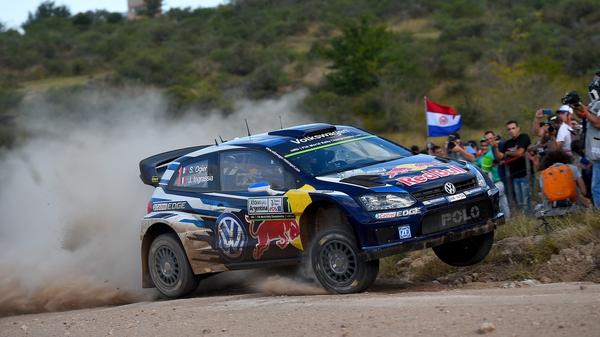 Sebastian Ogier is the early leader in Rally Argentina