To some extent the duo took it easy in FP1 as the team focused on a particular plan given the session was hardly representative of what all the drivers will face in qualifying and the race.

Come the start, and with the track exceptionally dusty given its desert setting and which will naturally improve over the weekend with use, the circuit and air temperatures were a searing 52 and 36 degrees centigrade respectively.

Come the start of FP2 at 6pm local time,when qualifying and the race commence under the hundreds of lights around the circuit, both temperatures had dropped considerably and that is when Rosberg and Hamilton came to the fore.

In FP1 pace was not their concern as the duo finished 15th and 16th, 1.466secs and 1.705secs adrift respectively of Kimi Raikkonen in his Ferrari.

In FP2, and with the natural order restored as they finished first and second at the top of the timesheet, just 0.115secs was the gap at the end of their runs on the soft Pirelli tyre, the quicker of the two compounds this weekend.

That was due to a lock-up from Hamilton in the second sector of the Bahrain International Circuit which cost him four tenths of a second, otherwise he would likely have beaten Rosberg by three tenths given he was faster in sectors one and two.

It allowed Rosberg to lead the way with a lap of one minute 34.647secs, with Mercedes' nearest rivals again Raikkonen and Sebastian Vettel, but half a second back.

Vettel had his issues throughout the day, though, initially in FP1 as his car suffered a loss of power at one point, but with enough time in hand to ensure he returned to the circuit.

In FP2, with nine minutes remaining, Force India's Sergio Perez clipped Vettel's car, ripping off the front-wing endplate on the left side.

With debris on the track the session was red flagged, and with the stewards also announcing an investigation into the incident for causing a collision.

Come the restart, Raikkonen and Hamilton took a wide berth in exiting the pit lane around a couple of cars that were slow away, far from impressing the stewards who are to also look at the duo's unnecessary manoeuvres.

Behind the leading quartet came Williams' Valtteri Bottas followed by Daniel Ricciardo in his Red Bull and Lotus of Pastor Maldonado, all within a second of Rosberg.

Sauber's Felipe Nasr, Daniil Kvyat in his Red Bull and the Williams of Felipe Massa completed the top 10, with the latter 1.237secs off the pace.

McLaren's Fernando Alonso was 1.5secs back in 12th, whilst for team-mate Jenson Button it was a day to forget.

In FP1 an electrical fault which cut the engine in the middle of turn one ended Button's session after just three minutes, with the team unable to carry out a repair.

In FP2 the veteran was on his third lap when his car ground to a halt, although on this occasion his mechanics were able to send him back out.

Button eventually completed 15 laps, finishing down in 19th place between Manor duo Will Stevens, who finished 4.484secs back, and team-mate Roberto Merhi. 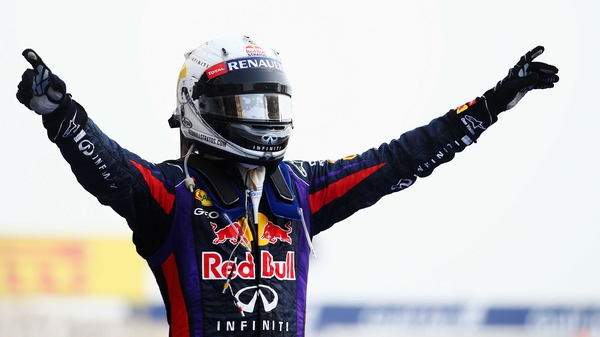