Formula One world champion Lewis Hamilton is ready to sign a new contract that, according to media reports, could net him more than $40 million a year.

"It should be done this week. There's no reason why it shouldn't be," the Mercedes driver told British reporters after finishing second in Sunday's Malaysian Grand Prix.

The BBC reported on Tuesday that the 30-year-old Briton, who has conducted his own negotiations with Mercedes, would earn about the same basic salary as in his first contract with the team he joined in 2013.

"It should be done this week. There's no reason why it shouldn't be"

However, other sources indicated the terms would be more lucrative, to reflect his success and status.

With bonuses, depending on the number of race wins and retaining the championship, the BBC calculated the total amount would be "well over $40 million" -- working out at more than $4,500 an hour or $75 a minute.

Hamilton, who won the first of his two titles with McLaren in 2008, is one of the three highest paid drivers in the sport with Ferrari's Sebastian Vettel and McLaren's Fernando Alonso reckoned to earn at least what the Briton does.

He is out of contract at the end of this season and the saga of his negotiations has kept the media busy since last year, when the talks were put on hold for him to concentrate on the title battle.

Reports since then have regularly indicated that he was set to sign, Hamilton telling Sky Sports last week that he hoped to do so before the Malaysian Grand Prix, which came and went without an announcement.

The delays have triggered speculation that Hamilton could be considering a shock move to Ferrari as a replacement for Kimi Raikkonen alongside four times champion Vettel but the driver has laughed off that idea.

"No, don't be silly," he said when asked about it. 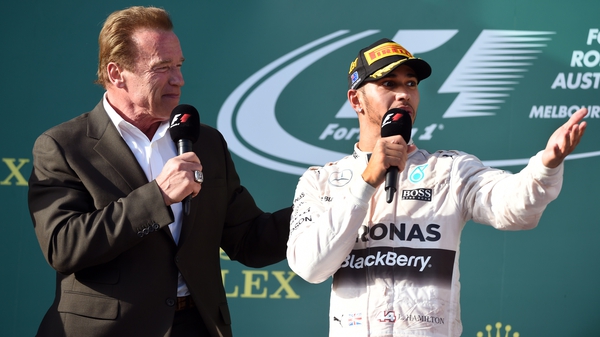