Sebastien Ogier will take a 43 second lead into the final day of the Monte Carlo Rally after Citroen pair Sebastien Loeb and Kris Meeke dominated today.

Nine-time champion Loeb, who retired 15 months ago but is making a one-time guest appearance in the opening stage, had a disasterous final stage on Saturday, as he saw his 13 second lead erode thanks to a damaged the left-rear suspension, resulting in him losing six minutes.

Double World Rally champion Ogier drove conservatively on SS11 and SS12, with the majority of his time lost on a short stretch of ice in the final quarter of the day's last stage.

It allowed the likes of Meeke to take advantage, as he won SS12 by 8.5 seconds ahead of Robert Kubica, despite a spin which cost him around 12 seconds.

Meeke is in 10th one place behind SS12 winner Loeb. 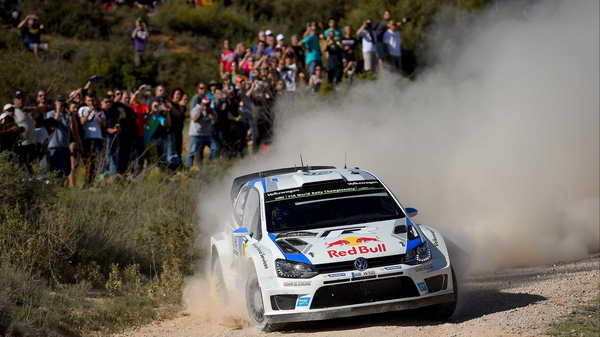 Ogier closes in on victory at Monte-Carlo Motorsport