Silverware stolen from the Red Bull Formula One factory in Milton Keynes has been found in a lake, British police have said.

Around 20 trophies have been retrieved of the 60 taken when thieves raided the factory 10 days ago, using a vehicle to drive through the front entrance.

The silverware was spotted by a member of the public near the town of Sandhurst, around 95-km from Milton Keynes.

"We estimate about 20 trophies have been recovered but we are liaising with Red Bull to establish the exact number as some of the trophies are damaged," Thames Valley Police detective constable Chris Oakman told the BBC.

Team principal Christian Horner said at the time that he was puzzled why anyone would want to steal items that had low intrinsic values.

The Austrian outfit entered Formula One in 2005 and team driver Sebastian Vettel won the world title four years in a row from 2010-13. Red Bull also topped the constructors' standings in each of those years.

They missed out in 2014 to Mercedes who dominated a season in which their drivers Lewis Hamilton and Nico Rosberg finished well clear at the top of the standings. 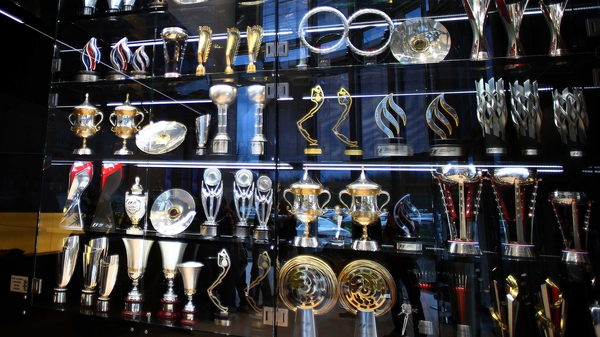