Jenson Button and Kevin Magnussen will have to wait a few more days yet before discovering their fate with McLaren.

A McLaren spokesperson has confirmed the team will not be making any driver selection announcements until next week at the earliest.

It means 15-season veteran Button and young Dane Magnussen continue to be left in limbo by McLaren group chief executive Ron Dennis as they wait to discover which one of them will partner Fernando Alonso in 2015.

There had been hope of an announcement today following a board meeting on Thursday involving Dennis and two other senior shareholders, TAG co-owner Mansour Ojjeh and Mahmood Hashim Al Kooheji, the chief executive of Mumtalakat, Bahrain's sovereign wealth fund.

Dennis though is calling the shots and is not prepared to be rushed despite the anger being expressed by many fans over how they feel both drivers have been treated.

Button expressed his frustration on Thursday when he said: "I just want to get it done.

"I want to hear the decision - as we all do - so we can all move on in whatever direction."

The 34-year-old made clear, however, that although his preference is to remain in F1, he has other irons in the fire which he is more than happy with.

"I'm going to stay (in Britain) for a while, at least until I know what I'm doing with my life, and then it's back home for Christmas" - Kevin Magnussen

The suggestion is Toyota are eager for Button to join their World Endurance Championship sportscar programme for next year.

With options on the table, Button added: "I'm now really comfortable, and whatever happens I will have a great year next year.

"New challenges are exciting, whether it's in Formula One with McLaren alongside an exciting team-mate, or whether it's elsewhere."

Although Button has the experience to cope with the situation, at the age of 22 it is also tough on Magnussen to be left hanging on.

Asked when he expected to be informed, Magnussen told Danish newspaper Ekstra Bladet: "I have no idea. Hopefully before Christmas!"

Asked about his plans for the next couple of weeks, he replied: "I'm going to stay (in Britain) for a while, at least until I know what I'm doing with my life, and then it's back home for Christmas."

On Thursday Button expressed his enjoyment at working with Magnussen over the past year, believing they could have pushed the team forward in 2015 if they had been allowed to stay together.

Magnussen also feels he and Button developed a good working relationship as he said: "Jenson is a really cool person and I've enjoyed being team-mates.

"He has been a very good example for me. He is talented, has a lot of experience and there is a massive amount of stuff to learn from him.

"He is not a person who keeps his cards close to his chest, and you can easily be like that in Formula One. He has been very open and a genuine nice guy." 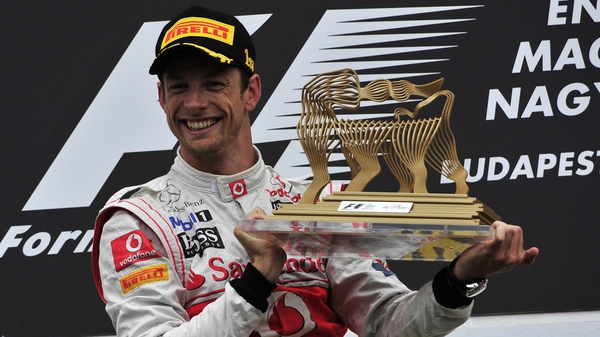