Formula One's cash crisis, in the wake of Caterham and Marussia going into administration recently, threatened to explode over the course of the United States Grand Prix weekend.

A potential boycott of the race at the Circuit of the Americas was only averted by the intervention of Donald Mackenzie, the co-chairman of the sport's commercial rights holders, CVC Capital Partners.

It would appear, in a surprising act of generosity, CVC are prepared to hand out a pot of extra cash to be distributed evenly amongst the marques outside the 'big five'.

With the likes of Ferrari, Mercedes, Red Bull and McLaren refusing to agree to a cost cap or ways to make significant cost savings, the smaller teams believe more cash for them is the necessary to compete.

Horner, though, disagrees, saying: "At the end of the day every team has negotiated a deal with the commercial rights holder.

"We have signed agreements, but the distribution of money is something you need to ask them about.

"I am not convinced that even if you double the money to Caterham and Marussia it would have solved their issues, which are more fundamental on what are the cost drivers rather than what is the income."

It had been suggested the bigger teams give up a percentage of their bonus payments, which would have been matched by F1 supremo Bernie Ecclestone and then handed to the smaller teams.

Naturally, Horner was not impressed by that suggestion, adding: "The way the pie is distributed is not a question for the teams.

"It is a question you need to speak to the commercial rights holder about in terms of whether they want to prop up those teams any more.

"It is not a matter of taking away from the teams who are delivering and doing their job. It is down to the CRH to decide how much he wants to help those teams."

Horner could at least sympathise with the plight of the small teams, not that that will be of any comfort to those struggling.

"I have run a smaller team in other formulas and as Red Bull when we came in we were a small team," he added.

"We had a minutiae share of the revenue compared to even what the back of the grid have today." 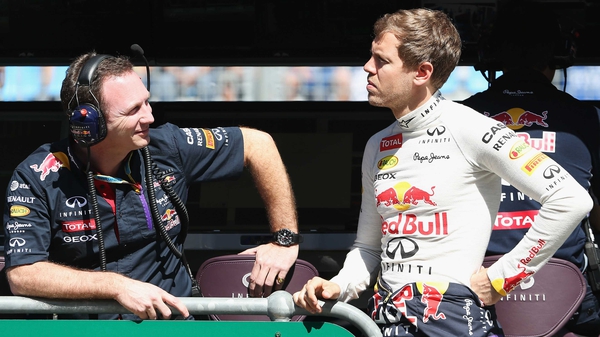