As we start to move into the end of the motor racing season, it’s time to take stock of where Irish international drivers are standing (or falling) on the world stage.

Irish rally drivers are making inroads into the world scene with the likes of Kris Meeke, Craig Breen, Robert Barrable and Daniel McKenna all making a name for themselves at the head of affairs both on the world stage and in the UK.

Meeke is a Citroen works driver, Breen is chasing the European Rally title, while McKenna recently became only the third Irish driver ever, after Keith Cronin and the legendary Billy Coleman, to win the British Rally Championship.

While McKenna can bask in the glory of winning – over 500 people turned up at his celebration night in Monaghan – sadly the BRC will not be running next season.

Outside of the Jim Clark Rally in Scotland, there are, unlike Ireland, no closed-road rallies in the UK and the MSA have been lobbying the UK government for some time now in an effort to open up public roads to British events.

The focus of the MSA campaign was primarily to allow more stage rally, sprints and hillclimb events as well as public demonstrations, to take place on closed public roads.

The Jim Clark Rally is one of only a handful of competitive British events currently held on closed roads.

Indeed the two British Hillclimb Championship rounds are actually staged in Guernsey and Jersey and not on mainland Britain.

However, British Prime Minister David Cameron has now signalled that his government is to enable more public road events. He also revealed that it would feature in the De-regulation Bill currently going through the British Parliament.

With that restriction now due to be lifted, the motor sports industry in the UK estimates that there could be a demand to hold up to 20 significant motor sport events on roads around Britain each year.

This should be good news for the MSA in their attempts to restructure the BRC and bring it back onto the UK calendar from 2016.

While this little isle is making a name for itself in rallying terms the same cannot be said, however, for Irish circuit racing.

Ireland no longer has a Premier domestic racing series after the demise of Formula Opel and the unloved Formula Ireland, and although the Formula Ford series is back this year, Irish drivers are still playing catch-up.

There are only a handful of Irish now competing in circuit racing abroad and those that can are for the most part, competing way behind the top level of international motorsport. 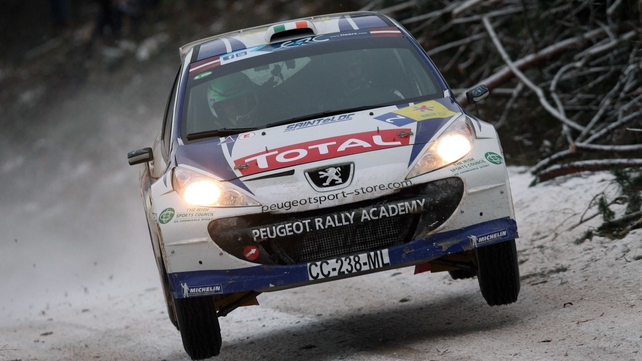 Co Cork’s Matt Griffin is competing in sportscars and is the current European Le Mans Series champion, while veteran Donegal driver Damien Faulkner is racing Porches in the USA.

Perhaps the most high profile Irish international driver, Dubliner Derek Tohill, isn’t even racing purely on circuits, electing instead to race in the rough and tumble of the World Rallycross (WRX) series in his Citroen DS3.

Closer to home, Colin Turkington from Portadown, leads the high profile British Touring Car Championship in his MSport BMW 125i and is closing in on his second title win in the round series.

Turkington won the BTCC back in 2009 and he has been joined on the grid in recent years by Dubliner Arón Smith, the 2011 Dunlop/Motorsport Ireland Young Racing Driver of the Year.

The 24-year-old has been racing consistently in the BTCC since 2012 and has a good record this season in his Restart Racing Volkswagen Passat, taking two wins thus far, the most recent coming at Snetterton.

In fact, Smith has impressed the team so much this season that he has already signed a new contract with the team which runs until the end of 2015, the first of the current crop of BTCC drivers to sign a new deal for next season.

He earned the team their maiden victory earlier this season in the final race in Oulton Park, adding a second race victory in Snetterton to his 2014 tally.

“This has all come about very early but it has put us in a great position for next season and everything we achieve before the end of this year is an added bonus,” said Smith.

“I truly believe that this is only the beginning of our journey together and to say I’m excited to see what we can achieve is an understatement.”

Smith graduated from a karting career to the Renault Clio Cup in the UK in 2007.

Having moved to the Italian Clio Cup for one season, he returned to the Clio Cup UK and narrowly missed out on taking the title in a season that included his BTCC debut in Knockhill in 2011.

For 2012, Smith joined Airwaves Racing for the BTCC by the end of the season made two appearances on the podium in hid Ford Focus, including a victory at the Brands Hatch GP Circuit during the penultimate round.

Remaining with Airwaves Racing for 2013, he added three further podiums to his BTCC CV at Snetterton and Silverstone before moving to the Volkswagen Passat this year.

While Smith’s star is apparently on the rise, lack of funding has put Irish-American GP2 driver Conor Daly on the sidelines. 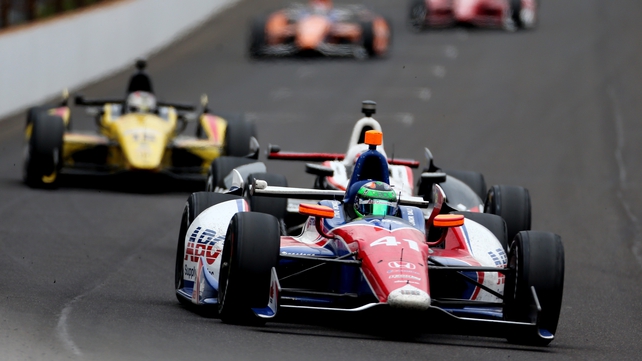 Daly, son of Derek Daly, the former F1 and IndyCar driver, finished third in the GP3 championship last season, the class that provides one of the support races to the European F1 Calendar.

The 22-year-old moved up to GP2 for 2014 with Venezuela GP Lazarus but his best finish has been a seventh in Race 2 at the Hungaroring in July.

Daly, who races with the Irish Tricolour and the American Stars and Stripes on his helmet, made his IndyCar debut in the 2013 Indianapolis 500 for AJ Foyt Racing.

Co Meath’s Peter Dempsey seems to be another Irish driver who is sitting on the sideline.

The two-time Young Racing Driver of the Year competed in Indy Lights in the USA 2013 and had hoped to raise a budget to race in the full IndyCar series this year.

However, that has proved beyond the 28-year-old and he has not competed at all this season, concentrating instead on driver coaching.

Portadown’s Adam Carroll, winner of the now defunct A1 Grand Prix series for Team Ireland back in 2009, continues to race sporadically and recently he competed for Ferrari in the British GT series.