Toro Rosso prodigy Max Verstappen will become the youngest ever driver to participate at a grand prix weekend when he gets behind the wheel in Friday's first practice in Japan.

The teenager has already been announced as a driver for next season by the Faenza-based team and, on Friday, will take the car of Jean-Eric Vergne, whom the Belgian-born Dutchman will replace in 2015.

Verstappen, who turns 17 on Tuesday, has attracted criticism from some corners of Formula One, with his detractors insisting he is too young to compete at the highest level, but he will get the opportunity to prove his talent later this week.

"It is good preparation for next year, even if it's not something I could have imagined a few months ago," he said on Toro Rosso's official website.

"To already be participating in a practice session is, of course, a dream come true."

"I am not going there to break any records, I just want to gain experience" - Max Verstappen

While Verstappen, the son of former F1 driver Jos, will make history on Friday, he is not expecting to make an impact on the track, particularly at one of the most notoriously difficult circuits in the sport.

"For me it will be a very valuable experience, spending some time in the car and also getting used to working with everyone in the team, to prepare myself for next year," he added.

"I am not going there to break any records, I just want to gain experience. I have spent one day driving this track on the simulator, which helps a bit, but it's no substitute for driving it for real.

"My first impression is that it's not an easy track and for example it looks hard to get the combination right in the first esses.

"I have one and a half hours to drive there and I'm looking forward to doing a good job, for myself and for the team." 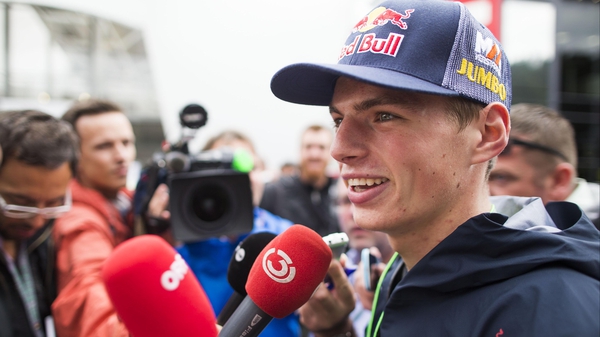