After winning the title for the last four years, Vettel's reign is almost officially over as he trails championship leader Nico Rosberg by 132 points, with 175 available.

For the most part it has been a season of struggle for Vettel, who has far from enjoyed the change in car following the switch at the start of this year to the current 1.6-litre V6 turbo-charged power units.

The 27-year-old German now faces the ignominious prospect of being beaten by a team-mate for the first time in his F1 career.

Despite that, a protective Horner said: "It's been a difficult year for Seb, but that's not been of his own making.

"Daniel has driven incredibly well, and all credit should be given to him for how he has driven this year.

"Sebastian was happy with the car in qualifying, and in the early stages of the race, and his defensive driving was phenomenal.

"But his result wasn't down to a lack of pace, it was how their different strategies worked out."

"I thought some of Daniel's moves were fantastic. He really drove with precision" - Christian Horner on Daniel Ricciardo

Not for the first time this year, though, Horner was again full of praise for Ricciardo, who retains a small but unlikely hope of denying Rosberg and Lewis Hamilton the title.

Winner of the previous two races in Hungary and Belgium, fifth was undeniably the best of the rest given the pace of the Mercedes-powered cars ahead, with the two works cars followed by Williams.

"I thought some of Daniel's moves were fantastic. He really drove with precision," said Horner of Ricciardo, who trails Rosberg by 72 points in the standings.

"For somebody who had a question mark over their overtaking at the beginning of the year, he's right up there with the best.

"Does he continue to surprise me? Absolutely. Every race is a surprise.

"His start was shocking, which he's apologised for, but his recovery - particularly after the stop on to the prime (hard) tyre - was extremely impressive." 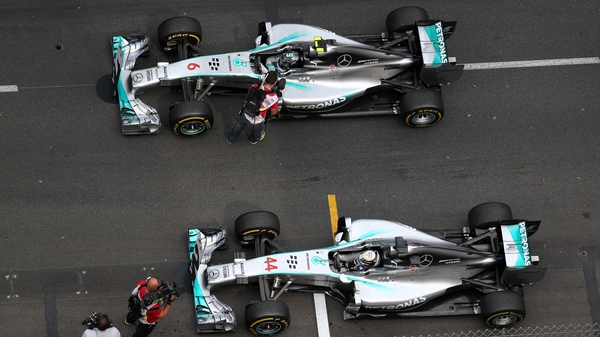