Lewis Hamilton achieved Silverstone redemption as he won the British Grand Prix to close in on Nico Rosberg in the drivers' championship.

Hamilton cut a forlorn figure on Saturday having made an error in qualifying.

He started the race in sixth but, either side of a red flag following a major shunt for Kimi Raikkonen, he navigated his way up the field before taking the lead as Mercedes team-mate Rosberg ran into mechanical problems.

Having seen Hamilton endure the majority of hard luck with reliability heading into the 50th grand prix staged at Silverstone, Rosberg suffered a gearbox issue which led to his retiring from the lead 21 laps from the chequered flag.

Hamilton cantered to his fifth win of the season and his second career victory in front of a home crowd to move to within four points of Rosberg.

Red Bull's Daniel Ricciardo took third ahead of Jenson Button, who ran out of time as he closed in during the final laps, finishing within a second of the Australian. 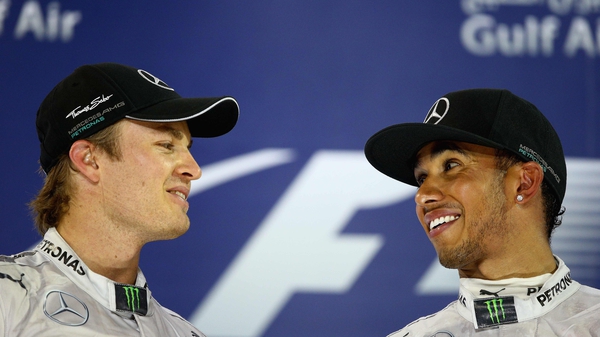