Lewis Hamilton has vowed to find perfection in his determined bid to win the Monaco Grand Prix, after enduring a wretched weekend at the principality a year ago.

Hamilton should have been on top of the world on Sunday after taking the chequered flag in the Spanish Grand Prix, his fourth consecutive victory that has propelled him to the summit of the Formula One drivers' standings for the first time in almost two years.

Instead, the 29-year-old, who finished just 0.6secs ahead of Mercedes team-mate Nico Rosberg, was relatively sombre as he felt he had not given his best at Barcelona's Circuit de Catalunya.

It is a case of Hamilton believing in his talent to such an extent he feels Rosberg should not have pushed him to the line as ferociously as he did over the closing stages.

It is also why Hamilton will now analyse in detail over the next few days where he can improve to ensure Rosberg does not again win next up in Monaco on 25 May, as the German did a year ago.

Hamilton knows that was a chance that slipped through his fingers, and he is eager to ensure there will be no repeat.

"I want to win there," said Hamilton.

"Monaco is one of those I always target before the season - that one and Silverstone are the two real ones you point out.

"I was quick enough to win in 2007 (in his first year in F1) but I couldn't get past (Fernando Alonso). I had got held up in qualifying and I ended up second.

"When I say that, I don't mean the whole race. I drove well until the safety car pit-stop period.

"I also struggled with the car last year. I lost three tenths (of a second) in qualifying from turn one to the top of the hill, and yet I only qualified half a tenth behind him (Rosberg).

"I was just very uncomfortable with the car.

"After struggling over the weekend in Spain, I'm going there thinking how I can avoid that, otherwise I will be quick there." 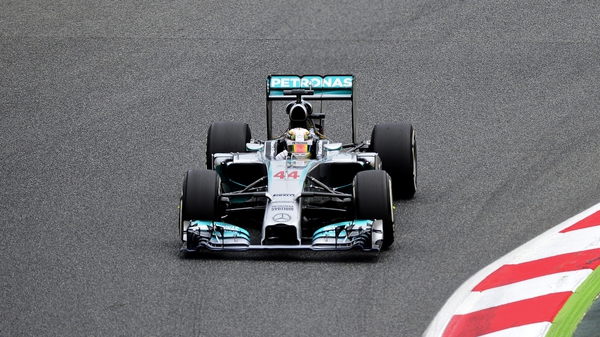