Lewis Hamilton spearheaded a British one-two following first practice for the Spanish Grand Prix as Jenson Button was the surprise name alongside him at the top of the timesheet.

As the man to beat following three successive victories for the first time in his Formula One career, Hamilton was comfortably quickest by almost nine tenths of a second over Button.

The 29-year-old posted a lap of one minute 27.023 seconds at the Circuit de Catalunya in Barcelona, deposing long-time leader Button with five minutes of the 90-minute session remaining.

The concern for Hamilton's rivals is there is far more to come from his Mercedes as he was fastest in all three sectors, albeit at different stages rather than on one single lap.

On the hard tyre, the slower of the two Pirelli compounds being used this weekend, the combined time of the three sectors was 1min 26.6secs, over four tenths of a second faster.

Button had warned on Thursday it was unlikely anyone would be in a position to challenge Mercedes, despite all teams bringing a major upgrade package to this event, and on first inspection his words appeared to carry plenty of truth.

At least the 34-year-old's McLaren was the best of the rest, with Button second, ahead of Red Bull's Daniel Ricciardo, the only other driver to finish within a second of Hamilton as the Australian was 0.950secs adrift.

As for team-mate Sebastian Vettel, an electrical issue with his Red Bull cut short the reigning four-time champion's session to just four laps and 25 minutes. 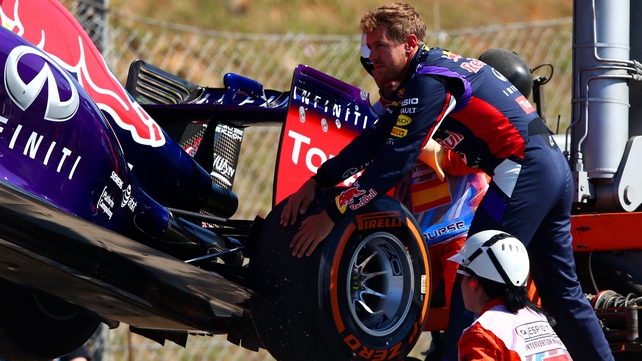 Vettel, running with a new chassis this weekend in a bid to find a cure for his poor form so far, was forced to pull off the track as his car ground to a halt.

After being wheeled back into a side exit, the RB10 was returned to the garage on the back of a flat-bed truck.

Although the team had 50 minutes to work on the problem, they were unable to get Vettel back out on the circuit, leaving him down in 20th place on the timesheet, with only the Caterhams of Kamui Kobayashi and Marcus Ericsson behind him.

With Ferrari president Luca di Montezemolo in the paddock, Fernando Alonso hauled his car up to fourth, albeit 1.1secs behind Hamilton, with team-mate Kimi Raikkonen sixth.

Sandwiched between them was Nico Rosberg, who had declared his hope on Thursday for a less problematic weekend than occurred at the last race in China where he encountered numerous issues.

Rosberg, however, only managed nine laps in his Mercedes due to a cooling concern with the ERS (energy recovery system).

McLaren's Kevin Magnussen and Pastor Maldonado in his Lotus were seventh and eighth quickest, followed by Sergio Perez in his Force India. 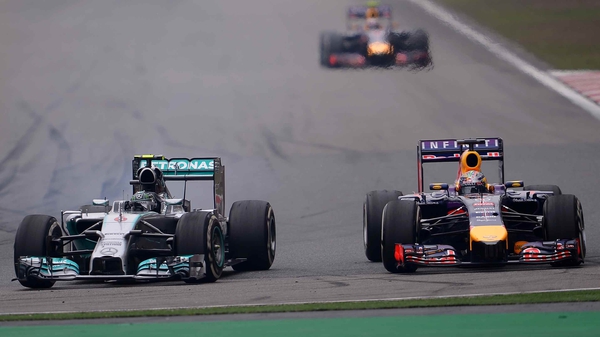