Red Bull's Daniel Ricciardo believes Formula One drivers, including his world champion team-mate Sebastian Vettel, should respect team orders unless they are "completely out of order".

Vettel made his dissatisfaction clear at the Chinese Grand Prix last month after being told for the second race in a row to let Ricciardo overtake because the Australian was faster.

The German initially said "tough luck" on the team radio before Ricciardo made it through three laps later to take fourth place ahead of Vettel in fifth.

Ricciardo has out-qualified the quadruple world champion at three of the four races this season and team orders could again come into play if Vettel gets in front of him at this weekend's Spanish Grand Prix.

"We throw up different scenarios and discuss it, discuss it between drivers and between principals and engineers," Ricciardo told The West Australian newspaper.

"It is our responsibility to obey it, unless it's completely out of order and then we can obviously try and put up a fight and give our reasons.

"But the team are doing all the calculations on pit wall during the race and you have to respect what they're saying.

"It's not always nice if you are being told to move over. It's not nice being that slower car, it's frustrating."

Despite a superb start to the season, the disqualification that robbed him of second place at his home race in the season-opener has left Ricciardo in sixth place in the title race behind Vettel.

Vettel's relationship with former team mate Mark Webber, who never doubted which of them was Red Bull's number one driver, was poisoned when he overtook the Australian to win in Malaysia last year despite being told to hold his position.

The ever-smiling Ricciardo thinks that while they are both highly competitive, he and Vettel will continue to show each other respect however the season pans out.

"We know it ourselves and even told each other that we want to race hard," he told the paper.

"Deep, deep down none of us like losing. If Seb's done a better job this year, I won't like it, but I'll definitely respect him for it and give him the credit he deserves.

"I think that's a two-way street. We understand what a fair fight is and we enjoy that." 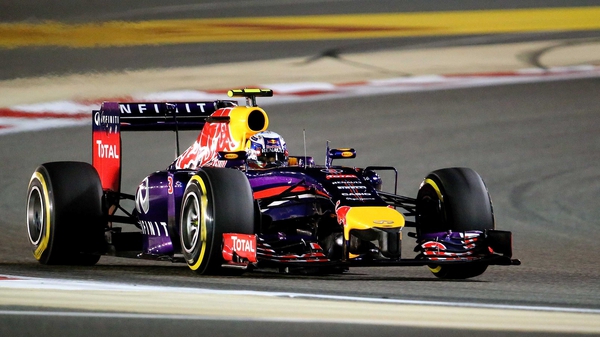