Sebastien Ogier moved back to the top of the World Rally Championship standings with victory in Mexico for the second successive year.

Latvala was also second in that, for two points, with Mikko Hirvonen third for one. Hirvonen could only manage eighth place in the race, though, as Belgian Thierry Neuville completed the podium in only his Hyundai team's third rally.

Ogier won 14 of the 22 stages, with Ostberg claiming five and Latvala two.

Kris Meeke was the only other man to win a stage, the 18th, but failed to finish after a crash on the final stage. The Northern Irishman had been fifth going into the stage and though he was unharmed, his crash caused a delay of 25 minutes.

Ogier had begun the day with a lead of 60.3 seconds and extended that by winning stage 19 as Latvala finished sixth-quickest, 3.7 seconds back.

Another 7.9 seconds followed on stage 20, though Ogier was only second behind Norwegian Ostberg, and though Latvala pulled 3.3 seconds back in the next Ogier held an unassailable advantage going into the closing 8.25-kilometre run.

Latvala was 1:12.6 back but held a four-minute-plus advantage over third-placed Neuville. 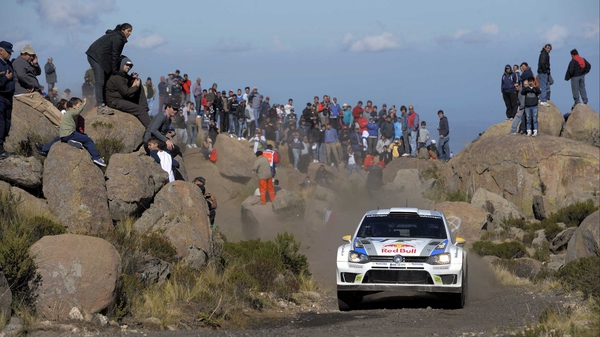