Irish duo Kris Meeke and Paul Nagle have finished third overall at the Monte Carlo Rally in the opening round of the World Rally Championship, in their Citroen DS3.

Meeke finished one minute 49 seconds down on the reigning world champion Sebasten Ogier in a VW polo, with French driver Bryan Bouffier in second place in his Ford Fiesta - 61 seconds adrift of Ogier.

Dubliner Robert Barrable finished 13th overall in his Ford Fiesta R5, which gave him third in the WRC2 category.

The next round of the WRC series is Rally Sweden at the beginning of February. 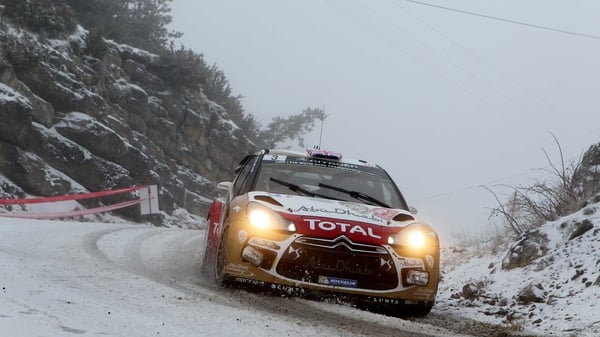