The body of the 50-year-old, who was competing in his 11th edition of the race, was discovered on Friday morning at the 143-kilometre mark of the stage between Chilecito and San Miguel de Tucuman in Argentina.

Organisers said the cause of Palante's death is being investigated.

A statement on www.dakar.com read: "The circumstances of Eric's death are the subject of an analysis by the Judge Dr Massucco of Belen.

"No alert was received by the organisers, and Eric's water had been replenished in the afternoon.

"Fifty-year-old Eric Palante was taking part in his 11th Dakar and hoped to win the amateur trophy for motorbikes. He knew the race very well, and over the years his enthusiastic but serious approach had made him one of the pillars of the event.

"It is with great sadness that the organisers and the entire family of the Dakar offer their condolences to Eric's family and friends."

The annual endurance event is notorious for its fatal accidents, with more than 50 competitors and spectators having lost their lives since the rally's inception in 1979. 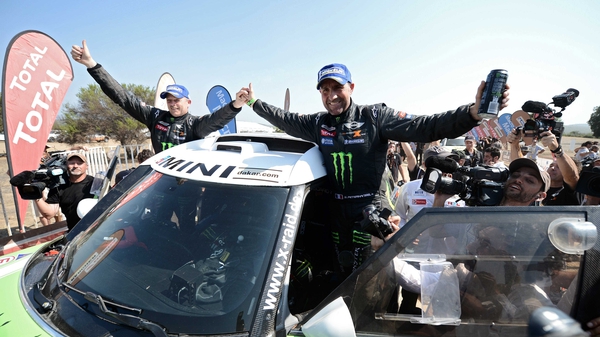