The Crown Prince of Bahrain conceded his country is "not perfect" in a week when protesters have again taken to the streets to condemn the staging of this weekend's grand prix.

It is a battle that resulted in violent anti-government protests in 2011 when many were killed, and the withdrawal from the F1 calendar of that year's race.

Two years on and the wounds are still to heal, with the race viewed by the opposition as a propaganda tool to suggest all is well in Bahrain when nothing could be further from the truth.

The Crown Prince insists progress is being made, despite a minority intent on causing unrest, which today led to Bahrain International Circuit chairman Zayed R Alzayani describing those who use violence to protest as terrorists.

"We know we are not perfect, we know we have issues, but we are in a much better position than last year," said the Crown Prince.

"We have had a rough time with the press, and we still have problems, but let's not politicise the race.

"Overall, I'm happy. This is our ninth grand prix and we are very happy with how motorsport has grown in the region."

"I am totally against violence. No matter what cause you have you have no right to disrupt the normal process of life" - Zayed R Alzayani

"We are heading in the right direction. Seventy seven per cent of Bahrainis are behind this race and 90 per cent believe it benefits our economy."

There remains, however, a disturbing backdrop, unseen by the majority who visit during the week of the race as the attacks are sporadic.

The February 14 Youth Coalition, an underground youth movement, this week embarked on a campaign entitled 'volcanic flames', as part of their denouncement of the grand prix.

Slickly-produced videos have appeared on YouTube of the protesters blocking main roads with tyres before setting them alight, sending the ordinary public travelling in their cars scattering to safety.

It is incidents such as those that anger Alzayani, otherwise he has no qualms with those who peacefully call for reform in this troubled Gulf island kingdom.

"I am totally against violence. No matter what cause you have you have no right to disrupt the normal process of life," said Alzayani, speaking in a select briefing with a handful of international media.

"That is not democracy, that is terrorism. There are no two ways about it.

"Whether you do that hiding behind human rights, politics, religion, it's just wrong to do it.

"The country and the constitution allow people to protest in a civil, non-violent way, and that is being done, which is sanctioned by the police, going from point A to point B at a certain time of the day.

"That happens anywhere in the world, and I have no problem with that.

"But to go along and extend that to blocking roads, burning tyres, or attacking police and civilians, the minute you do that you cross the line.

"You have no right to impose that on others."

Unlike a year ago when severe doubts were raised as to whether the race would go ahead given the daily clashes between protesters and police, and further deaths in the immediate build-up, this year the atmosphere surrounding the event is far less tense and volatile.

However, an ITV news crew were yesterday picked up by police and detained for over 90 minutes whilst their credentials were checked. 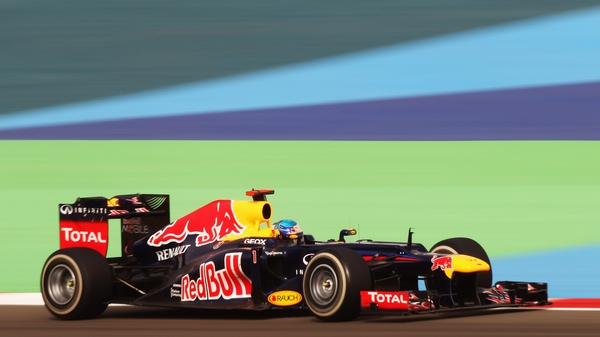