Lewis Hamilton is adamant it is not impossible for Mercedes to become winners this season and challenge Formula One's front runners.

Hamilton yesterday paid a visit to the Mercedes-Benz museum and factory in Stuttgart and delivered a rousing speech to the workforce ahead of his debut campaign with the German manufacturing giant.

The 28-year-old will this year attempt to revive the fortunes of a team that has won just one grand prix in the three years since their return to F1 at the start of 2010.

In signing a three-year contract worth £15million per season after quitting McLaren where he had spent the previous six years, the pressure is on Hamilton and Mercedes, but he is convinced they can both deliver.

"Of course it's going to be tough to compete with the guys who are already at the front - the Red Bulls, the McLarens, the Ferraris - but I don't think it's impossible."

"I live to win. That's what I work towards every year" - Lewis Hamilton

Speaking in a video released by Mercedes, Hamilton has quickly managed to integrate himself with the team, who yesterday announced Williams shareholder Toto Wolff as their new executive director.

"To be back and to know I'm part of the Mercedes world is a real privilege. I'm so grateful to be welcomed into the team and really excited," said Hamilton.

"I've been to Brackley (the Mercedes F1 base) in the early part of December, asking lots of questions, trying to get as involved as I can in the limited time that I was there.

"It was great to see how enthusiastic everyone was. It looked like there was incredible determination to turn this around.

"That gave me a lot of motivation for my winter."

Mercedes, meanwhile, are understood to be on the brink of poaching McLaren technical director Paddy Lowe from the Woking-based marque as they further strengthen that side of their operation. 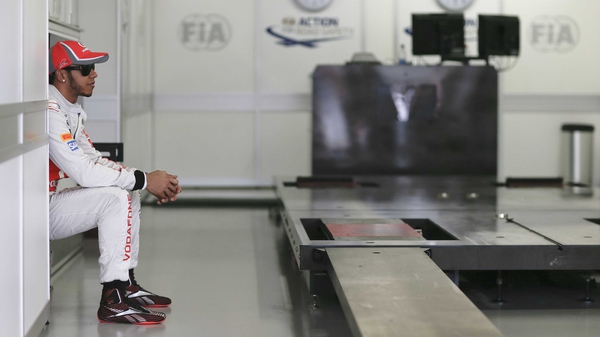