In a rain-hit second session, the British driver clocked a best time of one minute 21.995 seconds, slightly better than his first session time, followed by Kimi Raikkonen of Lotus and Williams' Bruno Senna.

Seven-times champion Michael Schumacher slid off the track and crashed into a wall of tyres as the second session was hit by a brief but heavy summer shower, having started in warm sunshine.

Red Bull's drivers, who failed to make the top 10 in the first session, were well down the pecking order again.

Germany's Sebastian Vettel was eighth and Australian Mark Webber, second behind leader Fernando Alonso in the Formula One championship, 14th.

Red Bull were hit by a new rule banning a controversial engine setting this week.

They were forced to change their engine torque mapping after the governing International Automobile Federation (FIA) closed down a loophole in the regulations this week.

The new ruling, addressing a hugely complex issue, limits how much teams can change specific settings that control the amount of torque delivered by the engine in various conditions.

Red Bull were referred to the stewards over the engine torque mapping before last week's German Grand Prix.

They were cleared of breaching the regulations but the FIA made it clear in its wording of the decision that it was not happy with the situation.

Vettel said on Thursday: "It's not as if the car doesn't work any more. I'm quite confident nothing will change. There is probably more fuss outside the car than the difference is inside."

Red Bull, however, have a reputation for keeping a low profile in qualifying.

Hamilton and team mate Jenson Button have both praised the performance upgrades which McLaren introduced following a disappointing race at Silverstone.

The Hungarian Grand Prix is the 11th of the 20 races in the season and is followed by a one-month break. Alonso is 34 points clear of Webber at the top and will lead into the break regardless of the outcome of Sunday's race. 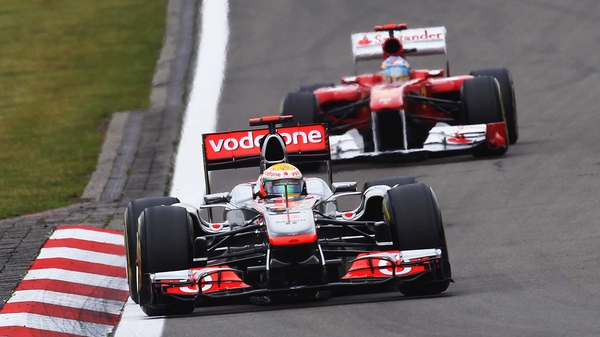