Wretched weather again dogged practice which offered few clues as to the potential victor of this weekend's German Grand Prix.

The second 90-minute session at Hockenheim especially fell victim to the conditions, leaving Jenson Button out in front as he was quickest in first practice that stayed predominantly dry.

Button led a McLaren one-two, at least offering the team a degree of hope ahead of the weekend given the car has on board a raft of new updates designed to close the gap to their rivals.

Some are more visual than others, in particular new side pods to assist with aerodynamics, as McLaren seek a boost ahead of the summer break following next weekend's race in Hungary.

Determined to put behind them the shocking disappointment of the British Grand Prix in which Hamilton and Button were eighth and 10th respectively, the latter started the day off on the right foot with a time of one minute 16.595secs, with the former 0.498secs adrift.

By comparison, given the rain that dominated FP2, the best time posted by Williams' Pastor Maldonado was nearly 11 seconds down, with a lap of 1:27.476.

Heavy rain just before the start of the session kept everybody in the garage for the opening 25 minutes, other than an installation lap from Bruno Senna in his Williams.

That was simply a shakedown to assess the car given the minor damage sustained at the end of FP1 when reserve Valtteri Bottas spun into the gravel and clipped a tyre wall in Senna's car.

It was only when the rain finally stopped and the track began to dry a little did the times fall, with Venezuelan Maldonado the driver at the head of affair when the heavens opened again 27 minutes from the end.

It did ease late on, but not enough for the track to offer up hope of anyone dislodging Maldonado, who was fastest by just 0.088secs from Mercedes' Nico Rosberg.

As for Rosberg's team-mate Michael Schumacher, he brought out the red flag with four minutes remaining - which ended the session - when he ploughed into a tyre barrier in the stadium complex.

It at least allowed the fans in that part of the circuit a close-up of the seven-times champion who obliged with an acknowledging - if not slightly embarrassing - wave. 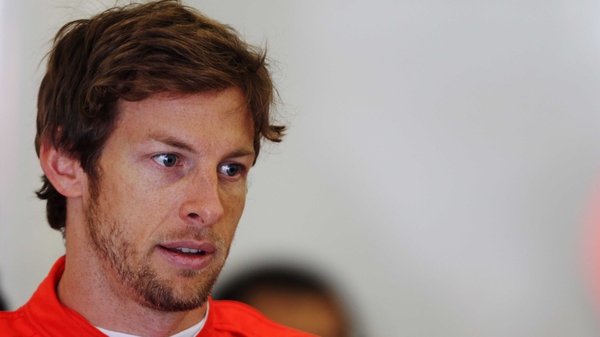