Mark Webber has no doubts he will still be in Formula One next year, but has fallen short of nailing his colours to Red Bull's mast.

Despite his travails last season, the Australian was given a new deal for this year, with the expectation it would be his last.

But Webber has rediscovered his passion and enthusiasm for the sport, to such an extent he is second in the title race, just 20 points behind Ferrari's Fernando Alonso going into this weekend's British Grand Prix.

Speculatively linked with a move to Ferrari earlier this year for 2013, Webber is certainly keen on extending his longevity in F1, but whether it is with Red Bull remains to be seen.

Webber said: "As I said at the start of the year I think the winter break was very good for me.

"My focus was to really enjoy the start of this season and get the most out of my driving again.

"Of course, that is something that was clearly in my hands with my motivation and my level of spirit towards the job and the guys (in the team).

"When you do enough of it you just have to remember what it is like to enjoy driving the car, so that's what I'm doing at the moment. I really am enjoying my work.

"So for next year there is a pretty decent chance I'll be racing in Formula One - let's see, come November, who it is with."

From team principal Christian Horner's point of view, there is an indication he would like the 35-year-old to remain at the Milton Keynes-based team for another year.

With Webber on a rolling contract, Horner said: "He is doing a great job.

"He has driven extremely well this year, his consistency has been strong, he had a great win in Monaco, and he is enjoying his driving again.

"They (Webber and Vettel) are a strong pairing, they drive a car in a similar manner and it's important for us we have two drivers who do push each other to get the best out of each other.

"I'm sure over the next few weeks we'll sit down and talk about the future with Mark." 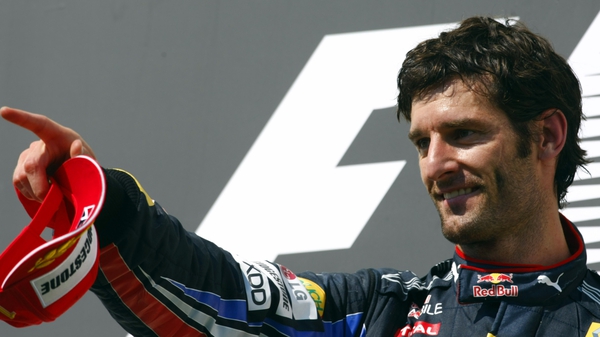