Juan Pablo Montoya has been dropped by McLaren for this weekend's French Grand Prix.

The Colombian has been axed to make way for tester Pedro de la Rosa after announcing his intention to move to NASCAR at the end of the season.

Montoya's season has been blighted by errors, culminating in a first-lap crash at Indianapolis two weeks ago which eliminated both McLarens.

Rumours immediately after Montoya caused the eight-car pile-up suggested McLaren were looking to stand down Montoya and install a more consistent performer in his place.

Although denied at the time, McLaren this morning confirmed Montoya will concentrate on preparing for life in NASCAR, effectively ending his Formula One career early.

McLaren boss Ron Dennis said: 'Juan Pablo is an exciting driver and immensely likeable character who will undoubtedly make a successful transition to the NASCAR scene.

'We have agreed that with so many things happening in Juan Pablo's life right now, he should take some time out of the car and prepare professionally and personally for the future.'

The 30-year-old will move back to the United States, where he already has a Miami home, and begin adjusting to the demands of stock car racing on high-speed ovals.

'I know that it will be a tough transition but I'm really excited about the opportunity to move into the NASCAR championship,' said Montoya, who won seven grands prix since his debut in 2001.

'I have enjoyed most of my time in Formula One and I'm grateful for this opportunity to settle my personal life and concentrate on my future career.' 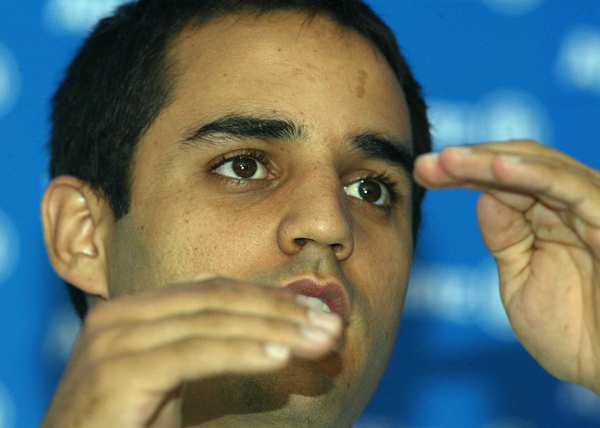