UFC president Dana White believes a rematch between Conor McGregor and Khabib Nurmagomedov would be "the biggest fight in the sport's history" after the Dubliner's explosive return to the octagon.

With McGregor so impressive in this welterweight outing, there will be a number of fighters clamouring to face him next, including 170lb champion Kamaru Usman and 'BMF' titlist Jorge Masvidal, both of whom were ringside to witness the Dubliner's eagerly-anticipated comeback.

Conor McGregor says he would love to fight in Ireland before his #MMA career is over, reports @BrianOD_News #rtesport #rtenews pic.twitter.com/xh8oKfuUux

However, White pointed out a motivated McGregor would be a different prospect to the fighter Nurmagomedov beat in October 2018 to defend his lightweight title, after which the bad blood that had festered between the two camps led to a post-fight melee that saw both combatants fined and suspended by the Nevada State Athletic Commission.

The high-profile acrimony that still lingers between the pair means any return bout would rival any of boxing's biggest showdowns, according to White, who admitted he was stunned by McGregor's display. 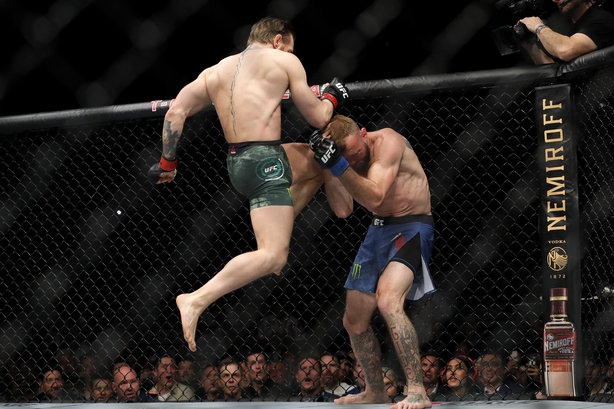 "Conor McGregor looked ridiculous," White told a press conference. "Nobody saw that coming, nobody. I was blown away, he looked unbelievable.

"Going into the Khabib fight, Conor had a lot of personal stuff, some stuff self-inflicted, he had injuries. He has been obsessed with getting that rematch because he knows that he wasn't 100 per cent right.

Nurmagomedov is scheduled to face Tony Ferguson at UFC 249 in April in a bout that will pique McGregor's interest although the 31-year-old insists his next opponent is irrelevant.

"The lightweight title will be there, that will come back around, that shot," he said. "The who doesn't matter to me, I'm looking at dates now."

There is also the potential of another meeting with Floyd Mayweather, who beat McGregor in a crossover boxing showdown to extend his perfect professional record to 50-0 before retiring.

Mayweather said in November last year he was "coming out of retirement in 2020" and posted a mock fight poster featuring himself and McGregor on his Instagram to set tongues wagging.

McGregor said: "We'll see what happens. Floyd is a funny man, the discussions are always ongoing, they never stop. He's far from retired and that rematch will happen at some stage." 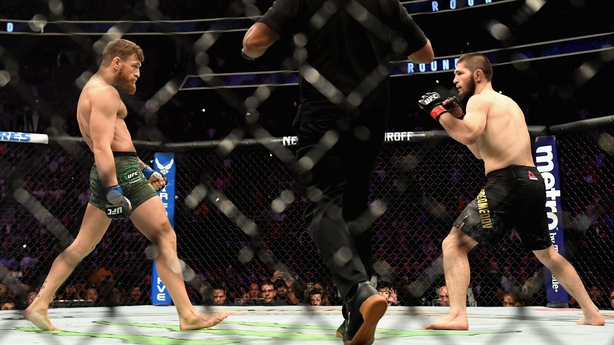 The former UFC featherweight and lightweight champion was nearly punch-perfect at the T-Mobile Arena, missing an overhand left but then connecting with several unorthodox shoulder strikes in the clinch to bloody Cerrone's nose in the opening few seconds.

He then stepped back and a precision head kick over the guard landed square on the jaw of Cerrone, who was also caught by a flying knee and crumpled to the mat as the Dubliner went for an early finish.

Cerrone was covered up as the rights and lefts rained down on him, prompting referee Herb Dean to call a halt to a brief one-sided contest within the first minute of the opening round.

"I made history here, I set another record: I'm the first fighter in UFC history to secure knockout victories at featherweight, at lightweight and now at welterweight, so I'm very, very proud of that," McGregor said.

"Donald holds the record for most head-kick knockouts, I'm so happy to get him down with a head kick myself. I'm very, very happy, very proud."

McGregor was relatively untested at 170lbs and came in against an opponent with the most wins (23) and finishes (16) in UFC history, but Cerrone proved no match.

Before he was taken to hospital, Cerrone said of McGregor's shoulder blows: "I'd never seen anything like that, they threw me way off guard.

"He busted my nose then stepped back and head kicked me. I was like 'oh man, it's happening this fast? I got my ass whipped early'."