Conor McGregor is desperate to fight in either Boston or Dublin again after his UFC 196 showdown next month with Rafael Dos Anjos and declared: "I haven't outgrown my home town."

The featherweight will face lightweight champion Dos Anjos in Las Vegas on 5 March as he bids to become the first UFC fighter to hold belts at two divisions simultaneously.

The Dubliner knocked out Jose Aldo in just 13 seconds before Christmas in an incredible Vegas bout and is targeting another Brazilian scalp before a date in Irish expat hotbed Boston or his home town of Dublin.

“I want east coast [of America] next. I’ll go back to Boston, I know they’re lobbying for New York. We had a great time when we went to Boston. I’d go back to the 3 Arena no problem. I haven’t outgrown my home town," McGregor told Severe MMA.

“Vegas for the next one, I did commit to that, but then the east coast or Dublin.

“The pay-per-views will never stop. That $77m gate they got for the Pacquaio Mayweather fight... the production was s***e. I enjoyed the fight, but it wasn’t worth what they asked the fans to pay. I’m touching markets the UFC has never touched. The sky’s the limit."

The 27-year-old accused Donald Cerrone, comprehensively beaten by Dos Anjos in November, of quitting, and underlined his belief once again that he is the master of his own destiny - describing himself as living the "whatever-the-f**k I want life".

“When you win by a KO, by a true stoppage, you put your opponent out for 10 months to a year. [Cerrone] quit in there, inside that octagon, that’s why he can go next week [against Tim Means]. If you’re willing to die in there then you wouldn't be able to have those turnarounds.

"Dos Anjos won it, I chose him, I was hunting for that second belt, to replicate what I done, and that’s it. I am picking what I want and I’m doing what I want.

"When you can rack up $400m in revenue for the company, in back-to-back events, you can do whatever the f**k you want. I’m living the whatever-the-f**k I want life. That’s the life I live. Whatever I want, whenever I want and I have earned that through hard work, sacrifice and victory.

“I’m here to win every belt and then I’m gone. I’ll walk from this game. I’ll set it ablaze and then I’ll walk away." 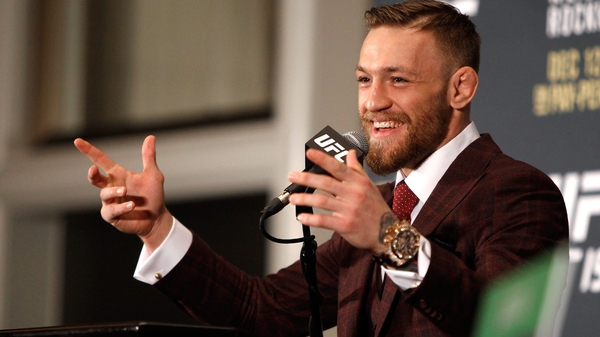